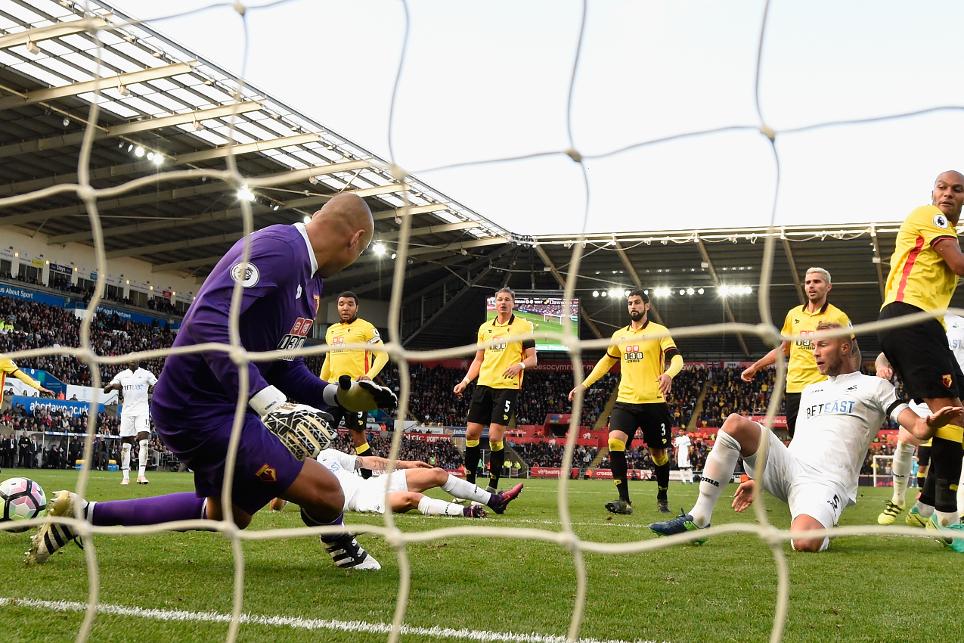 Swansea City and Watford played out a goalless draw at the Liberty Stadium in Bob Bradley’s first home match in the Premier League.

Gylfi Sigurdsson had a long-range effort deflected wide in the first half, while Younes Kaboul’s strike from a free-kick deflected off a Swansea defender and looped over the woodwork with Lukasz Fabianski beaten.

In the second period, Swansea's Mike van der Hoorn was denied by Watford goalkeeper Heurelho Gomes from a free-kick, before substitute Fernando Llorente fired narrowly over.

Sigurdsson hit the post in the closing stages but the last chance fell to Nordin Amrabat, who shot over the bar from the edge of the area with both sides settling for a point.