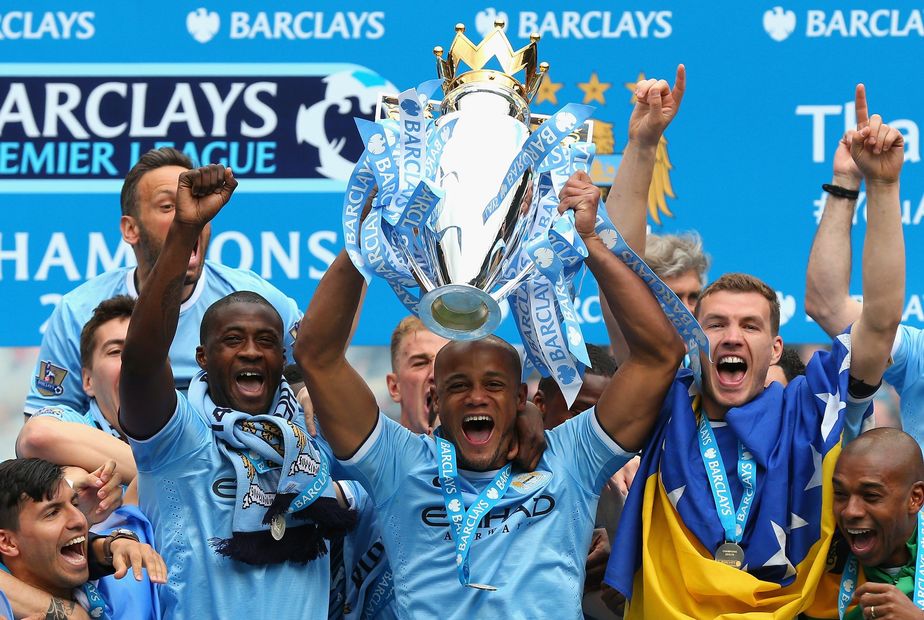 Like in 2018/19, City and Liverpool were the teams battling to be champions the last time the title race went to the wire

With the destiny of the 2018/19 Premier League Trophy going down to the final day, we look at the seven previous times the title was decided at the death.

Like in 2018/19, Manchester City and Liverpool were the two contenders the last time the champions were decided on the final day.

City had won four matches in a row to go top by two points ahead of the Reds, who had surrendered their lead after a defeat to Chelsea and a draw with Crystal Palace.

Manuel Pellegrini's side hosted West Ham United, the team he is managing this season, and needed only match Liverpool's result against Newcastle United at Anfield in order to claim a second PL crown.

And it all went to plan for City as Liverpool's Martin Skrtel scored an own goal before they themselves went 2-0 up at the Etihad Stadium with strikes by Samir Nasri and Vincent Kompany.

Brendan Rodgers' team did rally and turned their match around, thanks to Daniel Agger and Daniel Sturridge, but City got the victory they needed to be champions as Liverpool were left to rue slipping up in the run-in.