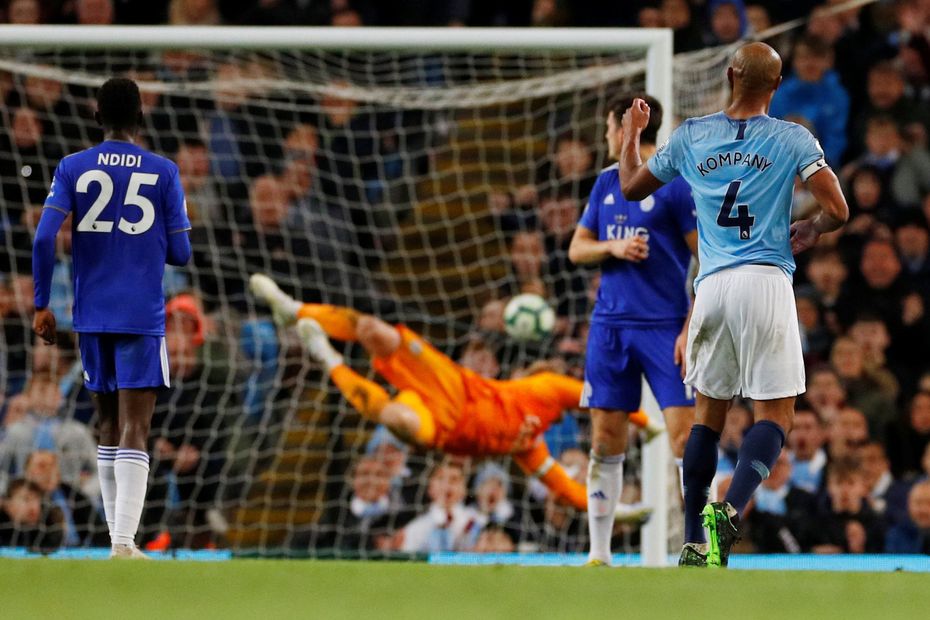 Guardiola: Nothing is won yet External Link
Shearer: Not many players have Kompany's hunger
Hargreaves: Kompany's a man for the big moments

If Vincent Kompany had listened to his team-mates, Manchester City might now be lying second in the Premier League table and not be favourites to regain the title.

But in the 70th minute while the scores were 0-0 against a resolute Leicester City side, the captain stepped forward and unleashed a fierce strike that flew into to the top corner from more than 25 yards out.

"I've not come this far in my career to have young players tell me when to shoot!

It was Kompany's first shot on target from outside the area in six years and gave the champions a precious victory that puts them two points ahead of Liverpool with just one match to play.

But while Man City travel to Brighton & Hove Albion on 12 May knowing a win would guarantee a fourth Premier League title whatever happens with Liverpool’s home match against Wolverhampton Wanderers, Kompany says it is too early to get complacent.

"Liverpool keep making the steps and now we have a final to play in Brighton," he said. "Nothing is won yet."