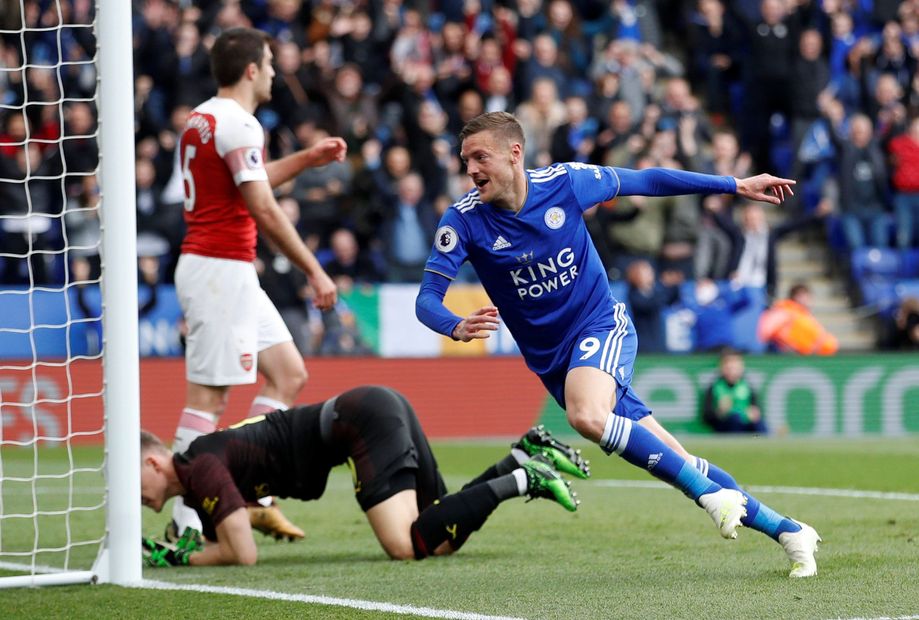 Arsenal's hopes of a top-four finish have taken a blow as they conceded three times at Leicester City for the second season in a row, losing 3-0.

Ainsley Maitland-Niles was sent off for a second bookable offence in the 36th minute and Arsenal's resistance was broken just before the hour-mark when Youri Tielemans headed in from James Maddison's cross.

Jamie Vardy doubled the lead with four minutes to go, heading in to the net after his lob rebounded back off the crossbar, before converting Ricardo Pereira's low cross in stoppage time for his 18th goal of the season.

Leicester have now won consecutive home league matches against Arsenal for the first time since November 1983.

The Gunners remain fifth after their third straight league defeat, with fourth-placed Chelsea moving two points above them thanks to a 1-1 draw at Manchester United.

Leicester have moved up to eighth, three points behind Wolverhampton Wanderers in the battle for seventh place.