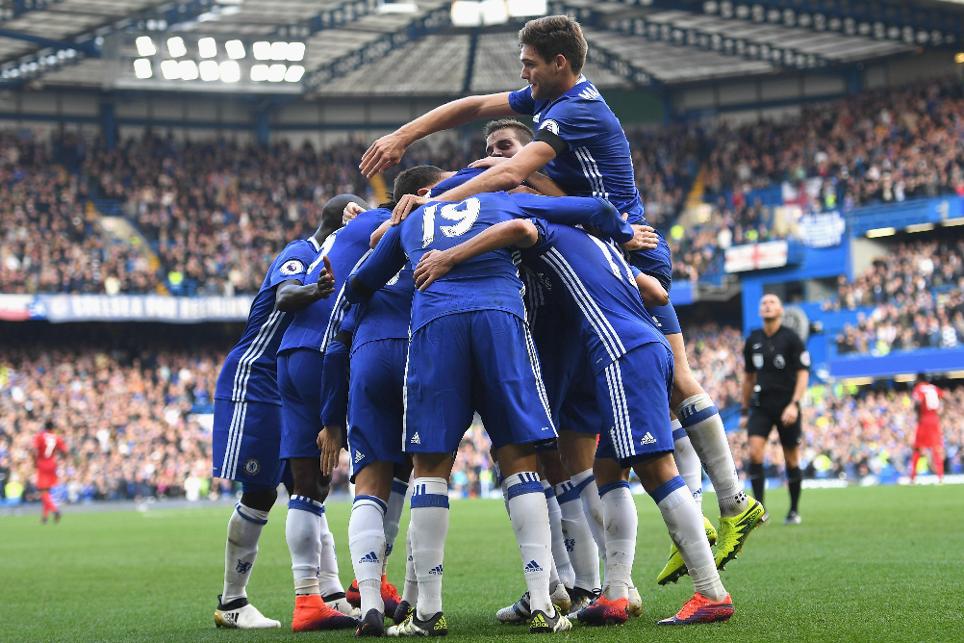 The Chelsea forward struck in the seventh minute to extend his lead as the PL's top scorer, while Eden Hazard and Victor Moses also found the net at Stamford Bridge.

Leicester made three changes to the side who drew with Southampton last time out but were a goal down when Nemanja Matic flicked on a corner into the path of Costa, who finished from close range.

Chelsea doubled their lead when Hazard raced on to a pass from Pedro to round Kasper Schmeichel and score on 33 minutes.

The Londoners, who also hit a post through David Luiz’s free-kick, made it 3-0 in the 80th minute when Moses received a clever Nathaniel Chalobah backheel and beat Schmeichel.