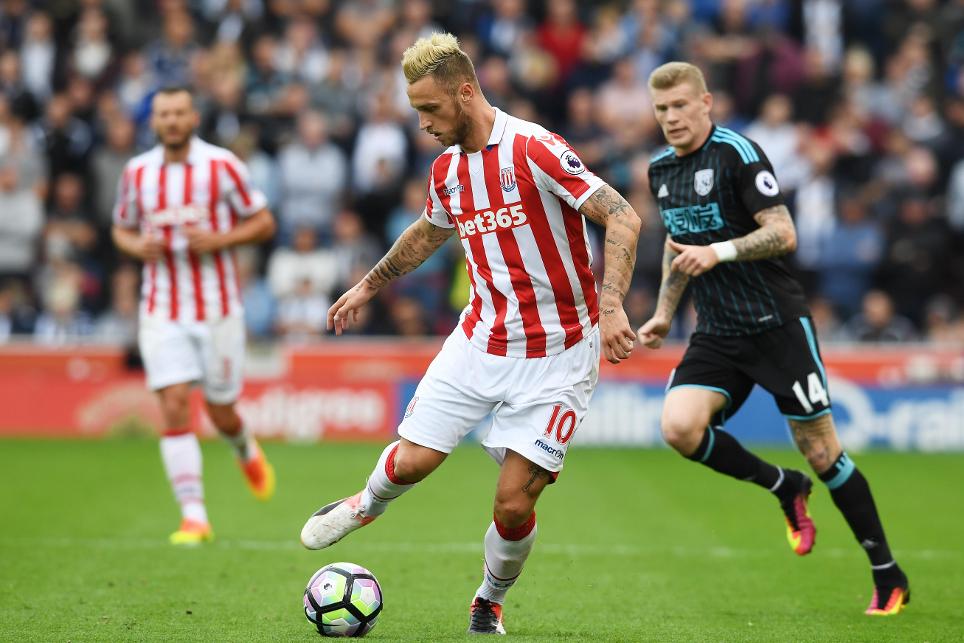 After a pair of somewhat unconvincing campaigns, Marko Arnautovic (£7.2m) proved his worth as a Fantasy Premier League asset last season.

Seven Gameweeks into 2016/17 Arnautovic has only found the net once – at Crystal Palace in Gameweek 5 – yet the statistics suggest that he has been unfortunate.

When assessed against 2015/16 the winger has increased his touches inside the opposition box – from 4.0 to 4.7 per appearance – and has also improved his efforts in the area, from 1.2 to 1.3 per appearance.

Arnautovic's shooting has been somewhat wayward, though; only 14.3% of his efforts have been on target, down considerably from 31.4% in his 11-goal campaign.

Having scored twice in a 2-2 draw with Wales over the international break the Potters talisman, who is owned by a mere 1.1% of FPL managers, has stepped up his form in time for a kind run of opponents.

First up is a home encounter with a Sunderland side who have earned only two points from seven matches and have yet to record a clean sheet.

Given that Arnautovic leads all Stoke players for touches inside the box (33), total attempts (14) and efforts in the opposition penalty area (nine), he is likely to carry the hosts' main threat as Mark Hughes' men look to earn a precious first three points.

According to the Fixture Difficulty Ranking (FDR), there is further reason for optimism at the bet365 Stadium.

Only one of Stoke's next seven matches score more than two in the FDR. Between Gameweek 8-14 they host Sunderland, Swansea City, AFC Bournemouth and Burnley.

They also travel to Hull City and Watford over that period, with a trip to West Ham United in Gameweek 11 deemed as less promising by the FDR.

That presents the Potters with the opportunity to drag themselves clear of the bottom three, with Arnautovic handed the platform to reinstate himself as a match-winner and a viable FPL target once again.