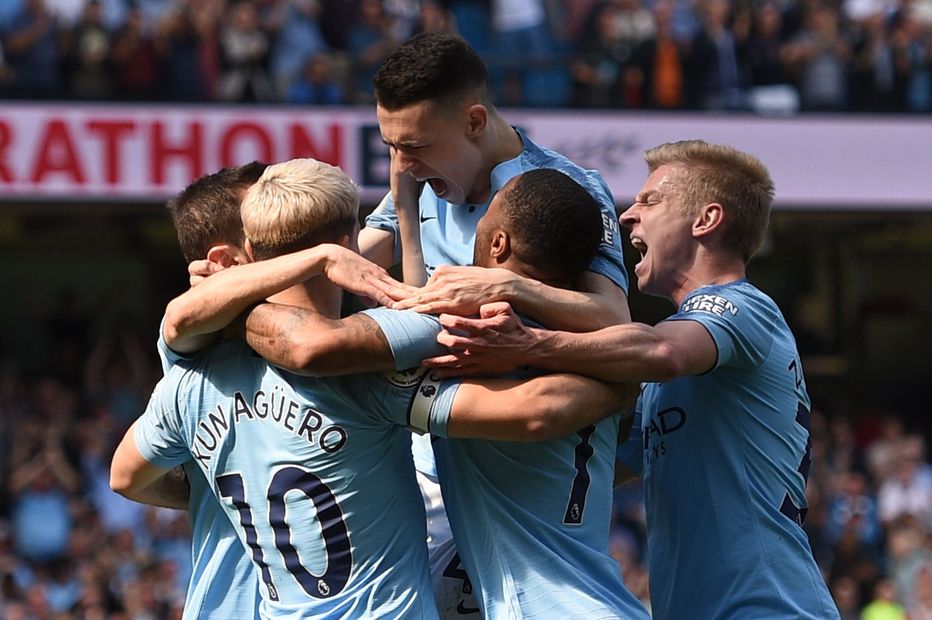 The only goal of the match came on five minutes, when Bernardo Silva's lofted pass was headed back across goal by Sergio Aguero for Foden, 18, to nod home.

Spurs presented a threat on the counter-attack, with Ederson twice denying Son Heung-min during the opening 45 minutes.

City's best chance of the second half fell to Raheem Sterling, but he was denied from point-blank range by Paulo Gazzaniga.

At the other end, Ederson saved from Lucas Moura to earn City revenge for being knocked out by Spurs in the UEFA Champions League quarter-finals on Wednesday.

Thanks to a 10th successive league win, City are one point clear of Liverpool, who travel to Cardiff City on Sunday.

Spurs remain in third on 67 points, with Arsenal, who play Crystal Palace on Sunday, and Chelsea, who face Burnley on Monday, both one point behind.