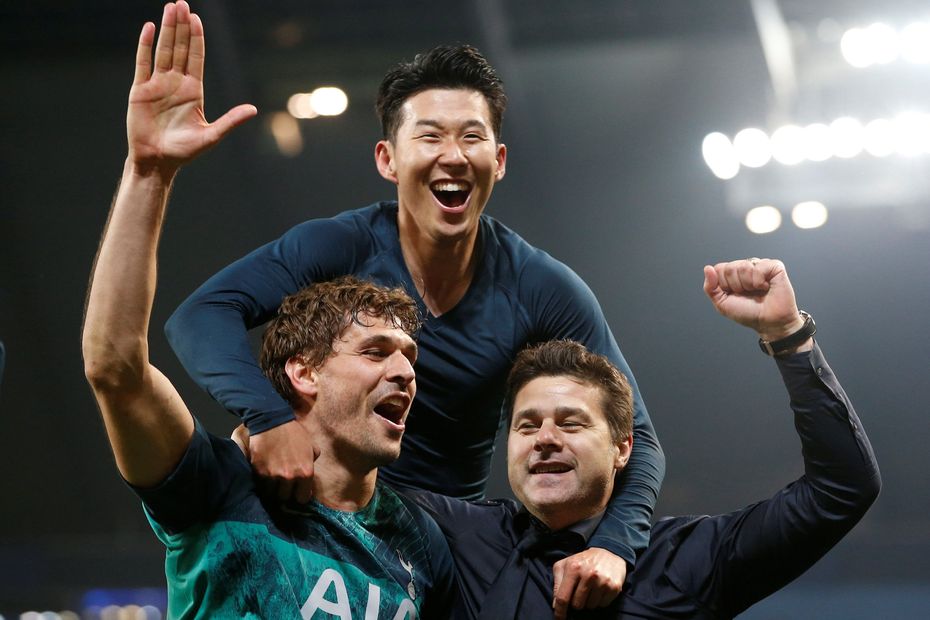 Tottenham Hotspur and Liverpool are through to the UEFA Champions League semi-finals after a dramatic night of action.

Spurs lost 4-3 to Manchester City at the Etihad Stadium in a thrilling tie but progressed on away goals with a 4-4 aggregate score.

After Raheem Sterling's fourth-minute goal, Son Heung-min struck twice in four minutes to put Spurs in control in the tie.

But City came back, with Bernardo Silva's deflected effort and Sterling scoring again on 21 minutes to put the aggregate scores level.

Sergio Aguero fired in from Kevin De Bruyne’s third assist of the night after the break to make it 4-2 and put City ahead on aggregate.

The decisive goal came in the 73rd minute from Spurs substitute Fernando Llorente, before Sterling's stoppage-time effort was ruled out for offside after a VAR review.

In the semi-finals, Spurs will face Ajax at home on 30 April, before the return leg in Amsterdam on 8 May.

Liverpool secured a semi-final tie against Barcelona with a 4-1 win at Porto for a 6-1 aggregate victory.

Sadio Mane scored in the 26th minute from Mohamed Salah's cross, before the latter doubled the lead after the break.

Eder Militao pulled one back for the Portuguese side, but goals from Roberto Firmino and Virgil van Dijk secured Liverpool their last-four tie against Barcelona.

The first leg will be at the Camp Nou on 1 May and the return at Anfield on 7 May.

Man City and Spurs meet again in league action at the Etihad Stadium on Saturday lunchtime.

Revenge for City will return them to the top of the Premier League table, while Spurs will look to hold on to third place.