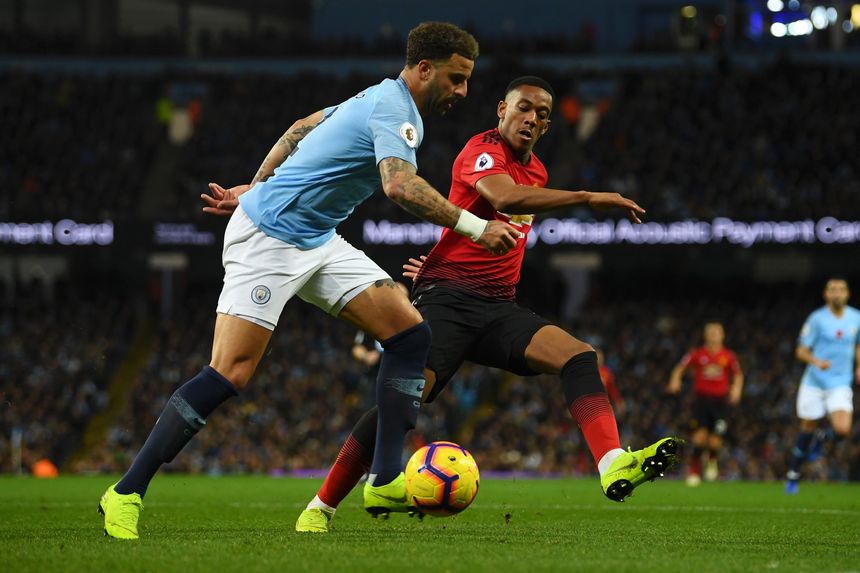 Young: We'll be ready for the derby External Link

Sixth-placed Manchester United are seeking a response after Sunday's 4-0 defeat at Everton, and have a chance to revive their top-four hopes as well as put a major dent in their local rivals' title bid.

Manchester City are targeting an 11th straight Premier League victory, which would take them back above Liverpool into top spot with three matches left.

Luke Shaw is available for Man Utd after completing a suspension, but Phil Jones will need to be assessed after picking up a knock and being withdrawn at the interval at Everton.

Man City midfielder Kevin De Bruyne misses out after suffering a muscular injury in the victory over Spurs, but although there are "some problems with some players", according to Pep Guardiola, "almost everyone is good."

This is only the seventh PL meeting between these clubs outside of a Saturday or Sunday. Man Utd won the first in November 1994 but are winless in the subsequent five (D2 L3).

United are unbeaten in their last 14 PL matches at Old Trafford, winning nine, but have only kept two clean sheets at home in the competition this season, the joint-fewest alongside Fulham.

No side have won more PL away matches at Old Trafford than Man City, with six, level with Chelsea.

Pep Guardiola can become the first visiting manager in PL history to win three consecutive trips to Old Trafford, having become the third after Sam Allardyce and Ronald Koeman to win his first two visits there.