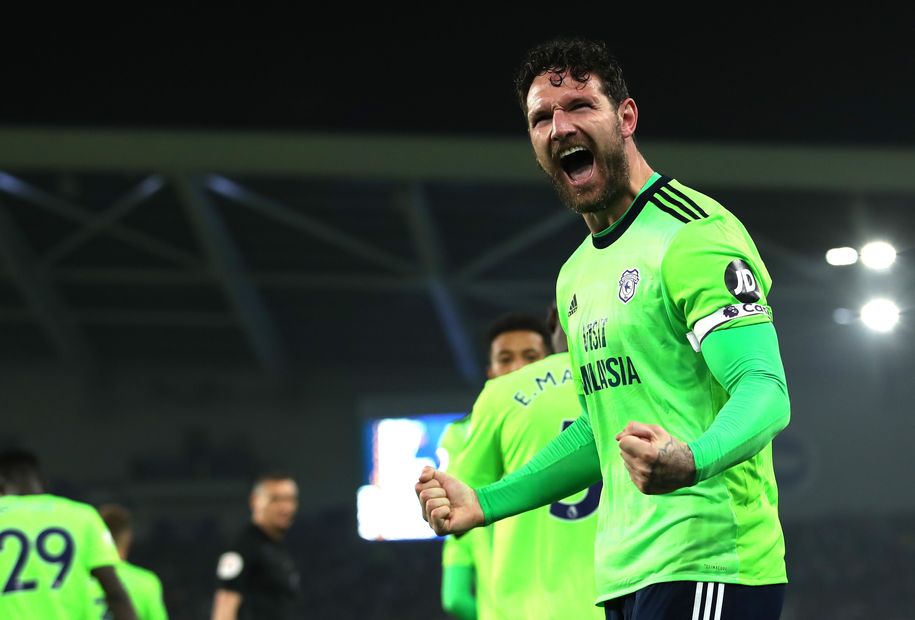 Cardiff City gave a major boost to their hopes of avoiding relegation with a 2-0 victory at their nearest rivals Brighton & Hove Albion.

Goals from Nathaniel Mendez-Laing and Sean Morrison mean the 18th-placed Bluebirds are now only two points behind Brighton with four Matchweeks remaining.

Cardiff took the lead after 22 minutes when, after dribbling on the counter-attack from his own half, Mendez-Laing received the ball back from David Junior Hoilett and curled into the top corner from 25 yards.

Captain Morrison doubled their advantage five minutes into the second half by heading in his first Premier League goal for the club from Victor Camarasa's free-kick.

Brighton battled but Glenn Murray fired over, before heading against the post in stoppage time as Chris Hughton's side lost a fourth consecutive match without scoring.