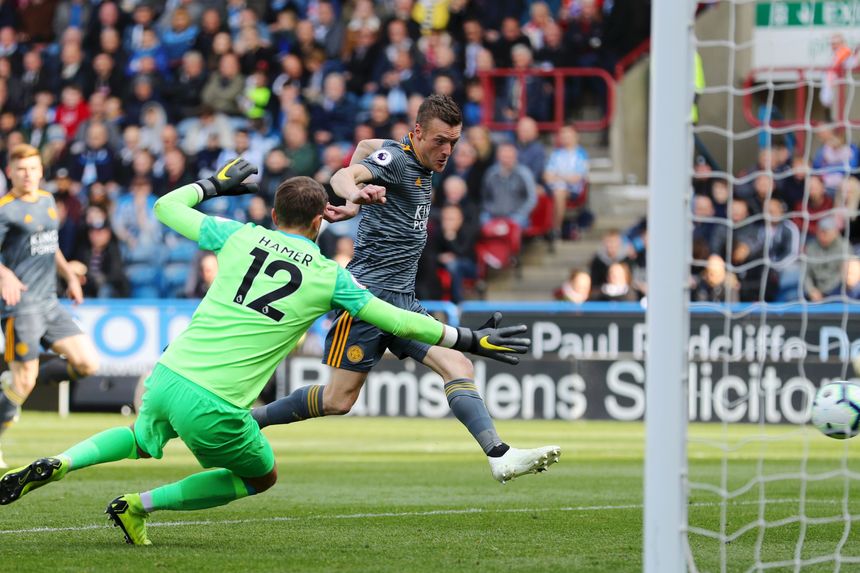 Leicester took the lead on 24 minutes through Youri Tielemans' right-footed shot, which looped over Ben Hamer.

Vardy doubled the Foxes’ lead three minutes into the second half, turning in Ricardo Pereira’s cross from the right.

Huddersfield Town quickly pulled a goal back through Aaron Mooy from the spot after Caglar Soyuncu had fouled Karlan Grant.

But Leicester rallied, with James Maddison curling home a fine free-kick on 79 minutes and Vardy scoring from the spot with six minutes remaining for his seventh goal in his last six PL appearances.