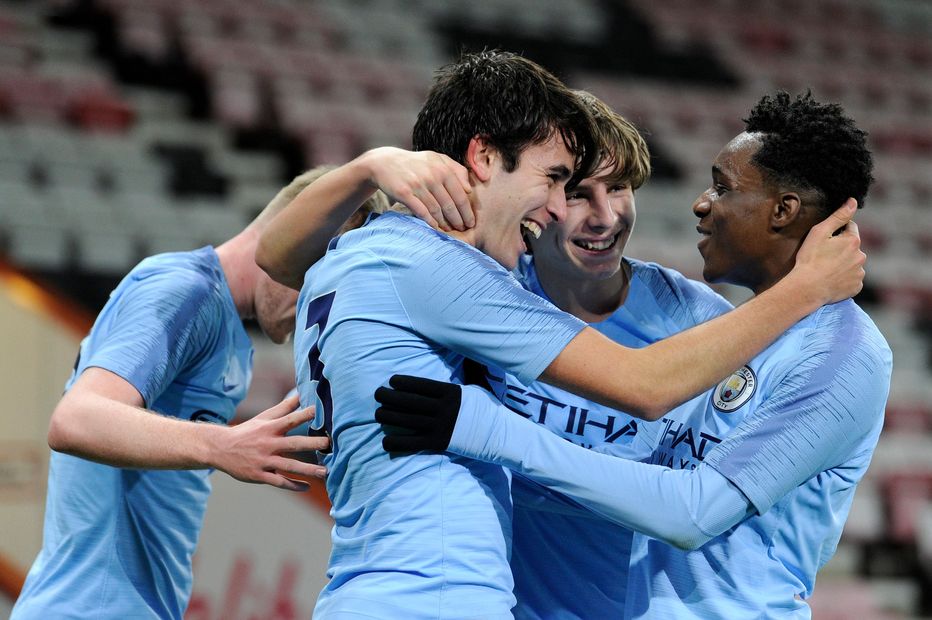 Manchester City earned a thrilling 4-3 win as Premier League 2 leaders Everton missed the chance to close in on the Division 1 title.

After Bassala Sambou's second-minute penalty put Everton 1-0 up at Man City, the hosts were 2-1 up at half-time thanks to goals from Eric Garcia and Adrian Bernabe.

The home side put themselves back in front with 12 minutes remaining when Frimpong powered in.

If Everton win in their showdown with Brighton, they will be PL2 Division 1 champions for the second time, but defeat would put the Seagulls level on points at the top and a draw would also take the title race to the final day.