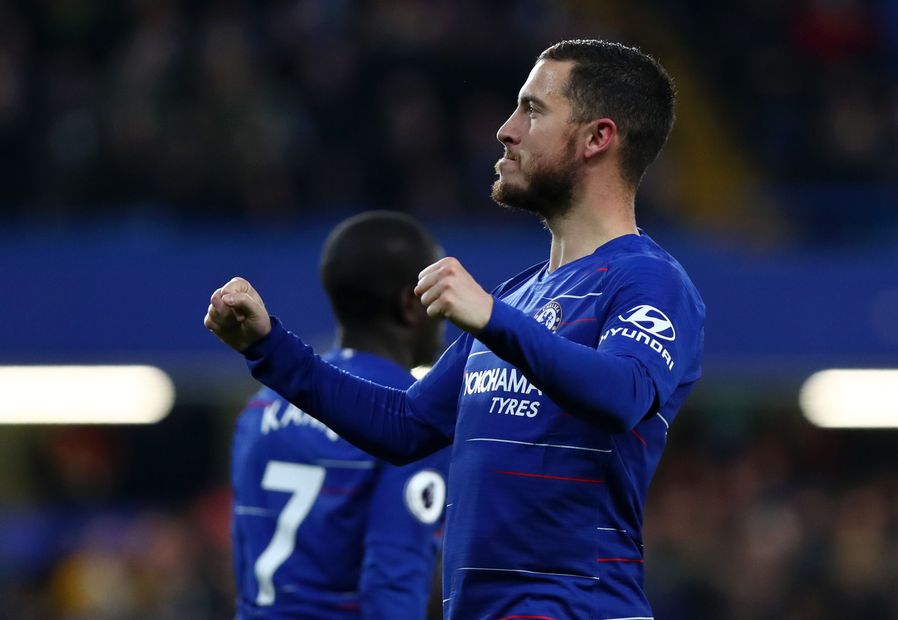 Chelsea moved to fifth in the table with a 3-0 victory over Brighton & Hove Albion at Stamford Bridge.

Olivier Giroud opened the scoring on 38 minutes by meeting a low cross from Callum Hudson-Odoi, making his first league start.

Eden Hazard doubled Chelsea's advantage on the hour, curling the ball into the bottom corner from the edge of the area.

Bernardo came closest to scoring for Brighton but his shot was saved by Kepa Arrizabalaga with 10 minutes to play.

The win moves Chelsea to 63 points, two above Manchester United, but behind Arsenal on goal difference.