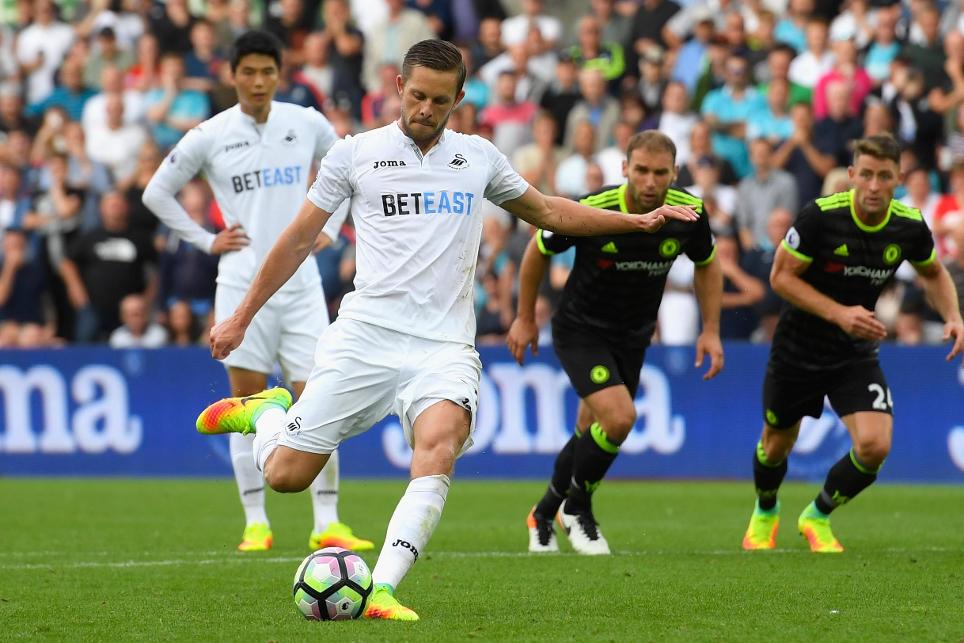 Richards: U23s will be up for the cup External Link

After a slow start to the previous campaign, Gylfi Sigurdsson (£7.2m) blossomed as a Fantasy Premier League asset under the guidance of Swansea City head coach Francesco Guidolin.

The playmaker chalked up 11 goals and four assists on his way to a career-high 158 FPL points in 2015/16, playing a crucial part in his side's climb to safety.

Having featured for Iceland in UEFA Euro 2016 over the summer, Sigurdsson had a similarly sluggish start to the current campaign and failed to pick up points in the first three rounds of fixtures.

But a goal at home to Chelsea in Gameweek 4 was followed by an assist in the Swans' 3-1 defeat by Manchester City at the Liberty Stadium last weekend, earning the midfielder 14 FPL points across the previous two matches in front of his own fans.

When compared with last season's statistics Sigurdsson has shown an upturn in attacking threat. Both his attempts on goal (from 2.4 to 3.2) and efforts on target (from 0.9 to 1.3) per appearance have improved.

With his form on the rise Sigurdsson now entertains a Liverpool defence yet to register a single clean sheet this season.

Jurgen Klopp's attack-minded outfit should leave opportunities for the hosts and Guidolin will be dependent on his playmaker if the Swans are to deliver a first win since the Gameweek 1 triumph at Burnley.

The Iceland international has produced more attempts on goal (19) than any team-mate and also leads the way for shots on target, with a total of eight.

Only Theo Walcott (£7.6m), with 11, has managed more accurate efforts from midfield over the first six rounds of fixtures.