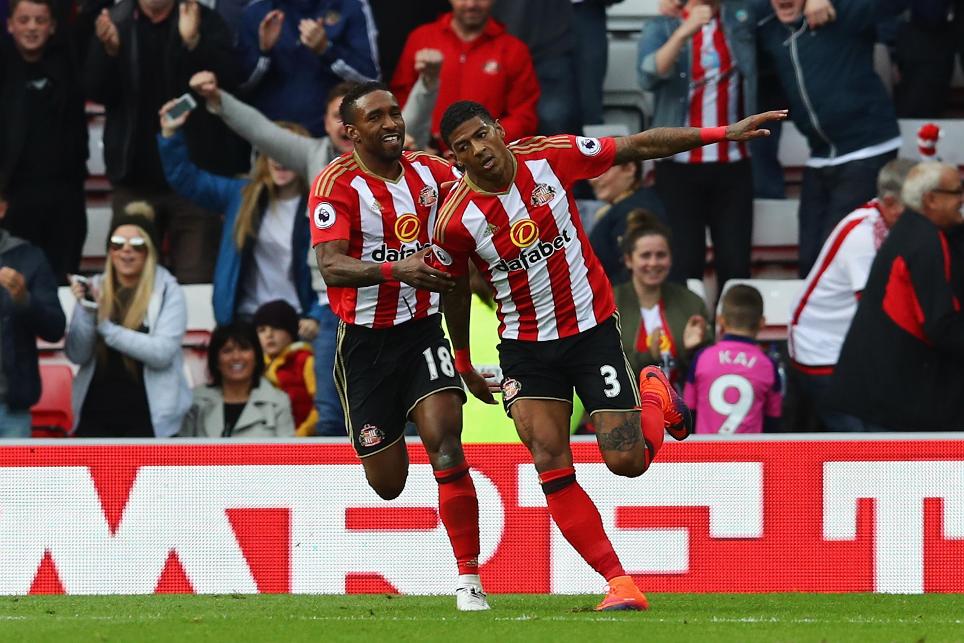 Patrick van Aanholt's late equaliser rescued a valuable point for Sunderland at the Stadium of Light.

Jermain Defoe spurned an early chance for the hosts, pulling a shot wide from close range, while West Bromwich Albion always looked dangerous on the break.

A first-half strike by Baggies midfielder Nacer Chadli had looked likely to consign David Moyes's men to a sixth Premier League defeat of the season.

Chadli's third goal of the campaign broke the deadlock as he sent a low shot past Jordan Pickford to finish off a counter-attack with 35 minutes on the clock.

It was Tony Pulis's side who looked the more threatening after the break with Pickford forced into a succession of saves to prevent the visitors from doubling their lead.

Defoe had a shot blocked late on but Sunderland's persistence was rewarded when Van Aanholt flicked in Duncan Watmore's cross.