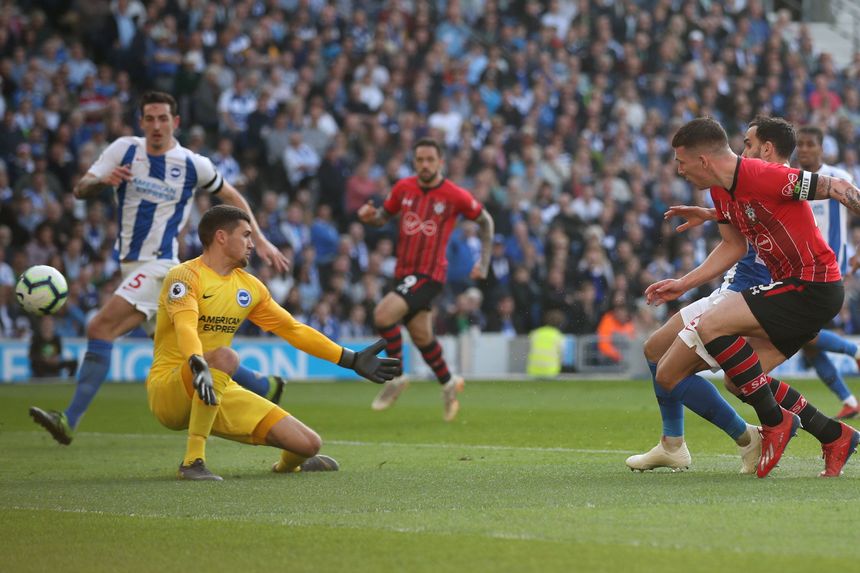 A second-half strike from Pierre-Emile Hojbjerg moved Southampton five points clear of the relegation zone as they won 1-0 at Brighton & Hove Albion.

After a quiet first half Southampton took the lead eight minutes after the break, when Hojbjerg finished off a Nathan Redmond pass.

Southampton almost doubled their lead but Ryan Bertrand's first-time effort was cleared from the goalline by Lewis Dunk.

The closest Brighton came to an equaliser was Martin Montoya's brilliant 72nd minute strike that hit the crossbar.

Southampton stay 16th, level on 33 points with Brighton, who are a place above.