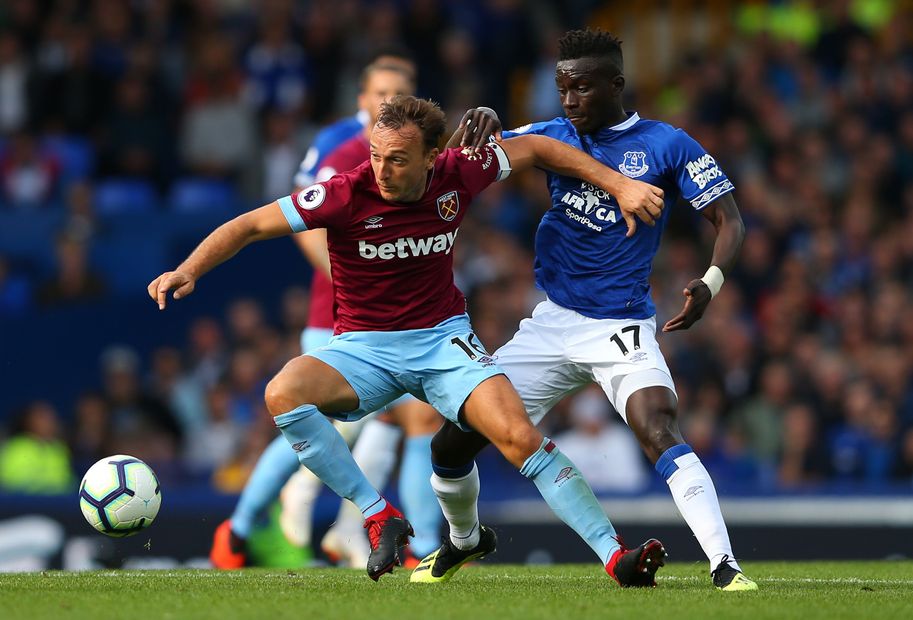 West Ham United are looking for a fourth win in six matches while Everton, who lie two places and two points behind their hosts, are seeking to build on their victory over Chelsea last time out.

Everton are without Yerry Mina (hamstring), but Andre Gomes is hopeful of recovering from a knock and Lucas Digne (hamstring) and Phil Jagielka (knock) should be available for selection.

This is the 63rd season in which these sides have met in league competition and the Hammers are looking to complete only their fourth double over the Toffees.

West Ham are unbeaten in their last six Premier League home matches and have won the last three in a row. They last won four at home consecutively back in May 2002 under Glenn Roeder.

Manuel Lanzini has scored three PL goals in as many home matches for West Ham against Everton.

Everton are looking for their first PL win in London in 11 matches, since a 1-0 victory at Crystal Palace in January 2017.