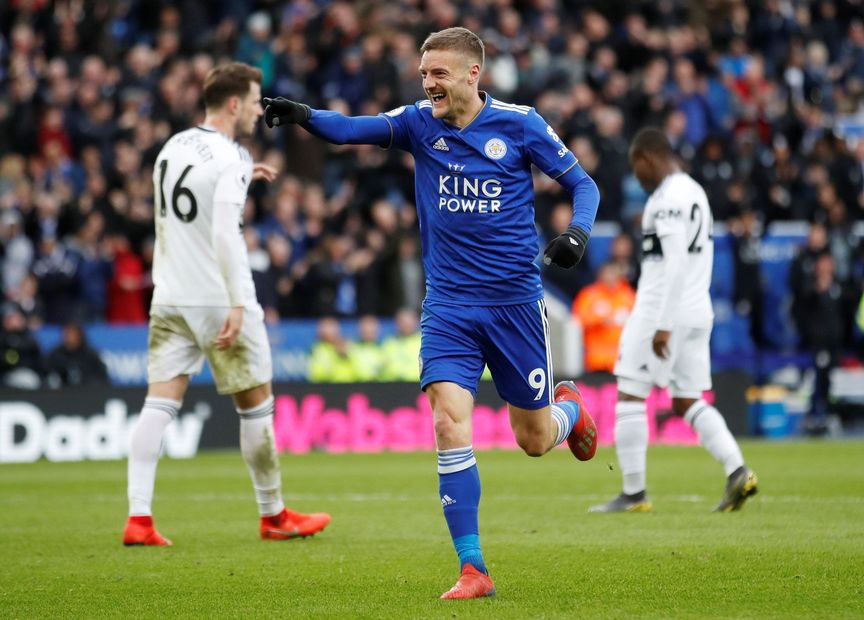 Leicester led on 21 minutes when Vardy unselfishly played in Youri Tielemans for his first PL goal.

But Leicester restored their lead 12 minutes from time when Vardy scored his 100th goal for them, collecting James Maddison's through-ball.

He got his second four minutes from time from Harvey Barnes' pass.

Victory lifts the Foxes to 10th with 38 points.