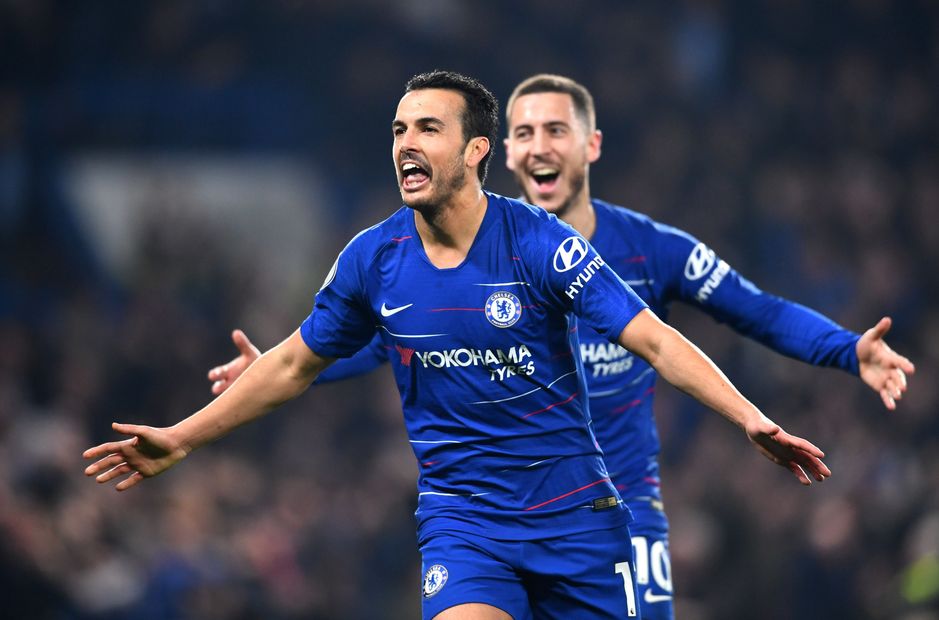 Chelsea take the points at the Bridge External Link

Chelsea bounced back from defeat in the EFL Cup final by beating Tottenham Hotspur 2-0 at Stamford Bridge.

The Blues started brightly when Gonzalo Higuain hit the post with a swerving shot.

The visitors also hit the woodwork two minutes before the break when Harry Winks's effort crashed off the crossbar.

On 56 minutes, Chelsea broke the deadlock. Cesar Azpilicueta fed the ball to Pedro, who slotted past Hugo Lloris.

Maurizio Sarri's side sealed victory in the 84th minute when Kieran Trippier's errant backpass eluded Lloris and went into the back of his own net.

Chelsea remain sixth with 53 points, two behind fifth-placed Manchester United with a match in hand.

Spurs are in third on 60 points, nine adrift of leaders Liverpool.