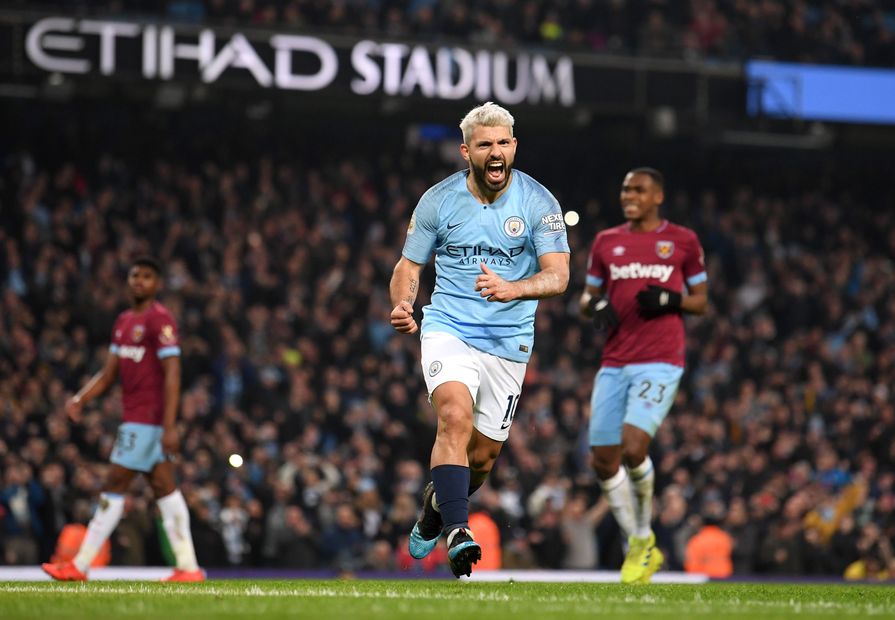 Sergio Aguero scored the only goal from the penalty spot as Manchester City kept the pressure on leaders Liverpool with a 1-0 win over West Ham United.

City dominated the first half, attempting 11 shots, but West Ham held firm despite not registering any themselves.

After the break, West Ham almost went ahead but Ederson saved superbly from Andy Carroll's shot.

Man City broke the deadlock on 59 minutes, Aguero converting from the spot after Bernardo Silva had gone down under pressure from Felipe Anderson.

The win means the champions remain second on 68 points, a point behind Liverpool.