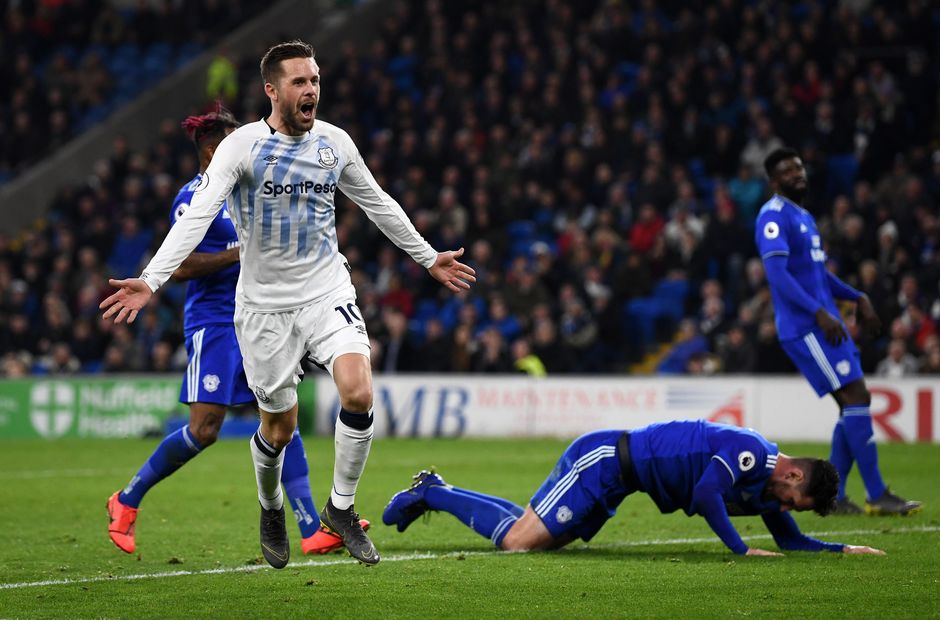 Everton broke the deadlock four minutes before half-time when Seamus Coleman squared the ball to Sigurdsson to drive home.

The Icelander netted again with a well-struck left-footed effort on 66 minutes.

Calvert-Lewin slotted in Idrissa Gueye's pass in stoppage time to seal a Toffees win ahead of the Merseyside derby.

Victory moves Everton up to ninth place on 36 points.

Neil Warnock's side, who failed to muster a shot on target, remain a point above the relegation zone in 17th on 25 points.