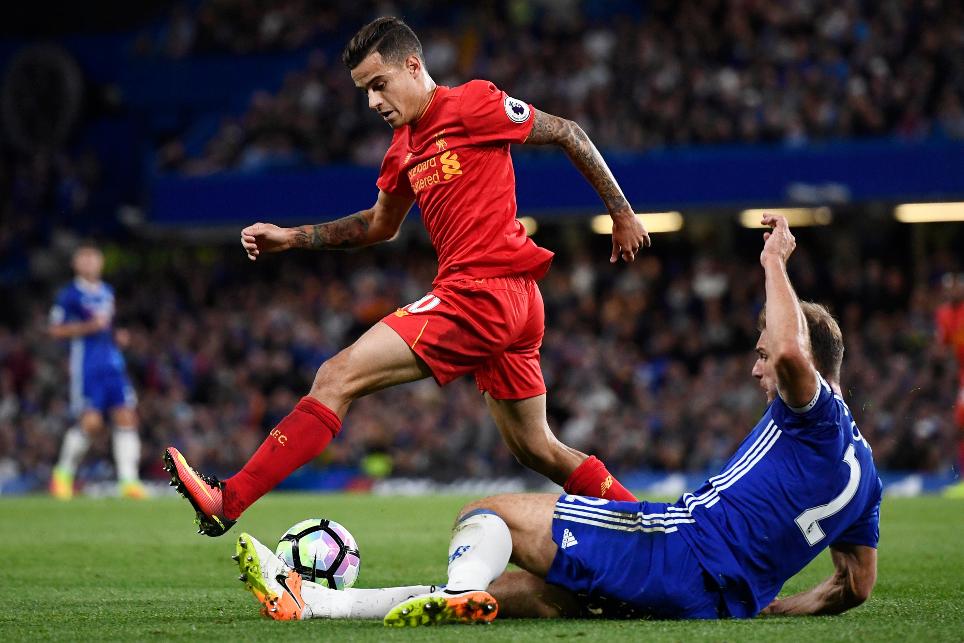 Klopp: I never scored a goal like Hendo's! External Link

'Klopp is building something special at Liverpool' External Link

Match-winner Jordan Henderson (£6.4m) claimed the maximum three points with a score of 37 in the Bonus Point System (BPS).

In addition to his stunning long-range effort, the Liverpool skipper also contributed a key pass and eight recoveries as the visitors held firm.

Coutinho also made seven recoveries, won a pair of tackles and completed 91% of his 58 passes on the night.

Lovren's goal helped him to a single bonus point, with the Croatian also making a total of nine clearances, blocks and interceptions (CBI).

Both Lovren and Coutinho featured prominently in the ICT Index, but it was Chelsea's Diego Costa (£9.9m) who topped the ranks.

The Spain international claimed what proved to be a consolation goal for Antonio Conte's men and contributed an all round shift that registered 12.8 in the Index.

The striker, who has netted five Premier League goals this season, had more penalty box touches than any other player and recorded two efforts on target, along with a pair of key passes.

Coutinho completed more passes in the opponents' half than any other player and laid on two opportunities for team-mates.

But Chelsea's Willian (£7.4m) was the most creative player on show with a 53 Creativity score.

Re-installed in the Liverpool line-up, Coutinho contributed his first returns since Gameweek 1.

FPL managers had been selling the Brazilian leading up to Friday's deadline: he had lost 124,000 owners before Gameweek 5.

His seven points has since reversed that trend, with Coutinho currently gaining ownership once more.

But Jurgen Klopp's preferred options in attack are still uncertain.

Roberto Firmino (£8.4m) sat out Friday's encounter with a minor groin problem, making the task of recalling Coutinho a simple one for the Liverpool manager.

For Chelsea, Eden Hazard's (£10.1m) second blank of the season has triggered significant sales. The Belgian is currently being sold more than any other player and has dropped 0.2 in value since Friday's outcome.

Hazard has mustered two attempts on goal in his last two outings, having fired in 14 efforts in his previous three Gameweeks.

David Luiz (£6.0m) replaced John Terry (£5.5m) in the Chelsea defence with the Blues' skipper missing out with an ankle problem.

Conte's back four continues to be an expensive luxury for FPL managers.

With just a single clean sheet so far, Chelsea now face a trip to Arsenal, plus home matches with Leicester City and Manchester United over the next four Gameweeks.