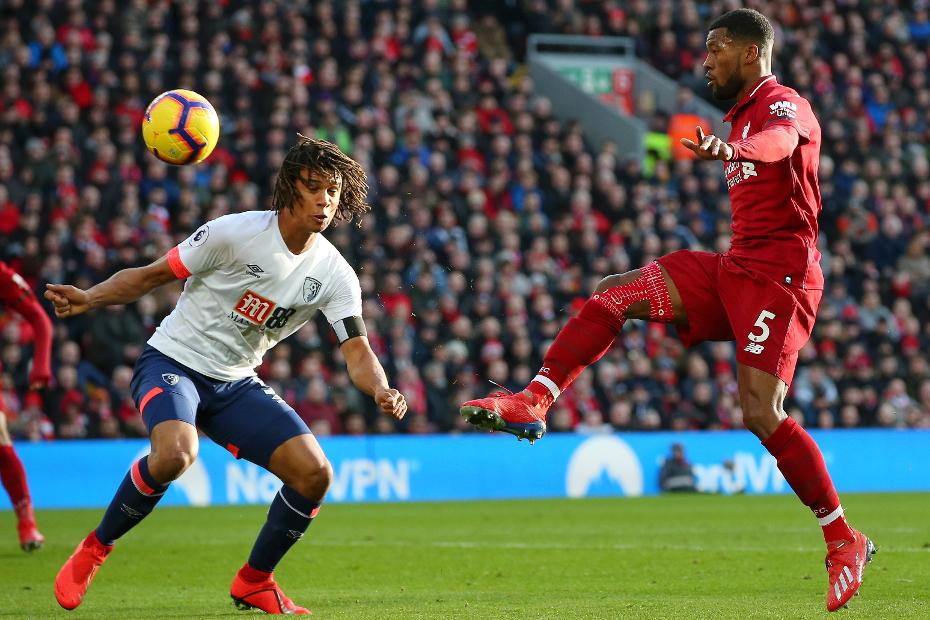 Liverpool too strong for battling Cherries External Link
Neville: Liverpool are the team to beat

Liverpool doubled their advantage 10 minutes later from Wijnaldum's pinpoint lob after Andrew Robertson had played him through.

Three minutes after the break, Roberto Firmino's flick set up Mohamed Salah to make it 3-0 for his first goal in three matches and his league-leading 17th of the season.

Liverpool ended a run of two draws to move up to 65 points, three above Manchester City, who play Chelsea on Sunday.