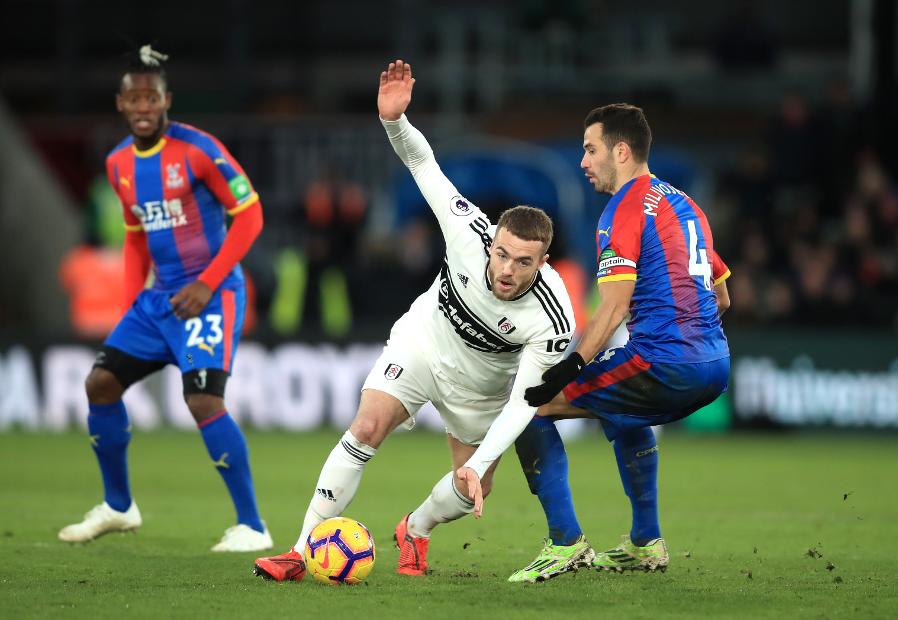 Adrian Clarke looks at a key tactical battle in Matchweek 26.

Calum Chambers is enjoying a breakthrough campaign during his loan spell at Fulham, where he has been playing in a new position.

Previously regarded as a central defender or full-back, the 24-year-old has started his last 12 matches in central midfield and this reinvention has been a success.

Showing energy and excellent ball-winning skills, he has proved that he has the qualities to shine in top-flight football as a defensive midfielder and will return to his parent club Arsenal at the end of the season with an enhanced reputation.

King of the interception

Chambers has always been a bright reader of the game and this attribute has come to the fore at Craven Cottage.

Anticipating passes intelligently, he has regularly broken up play for Fulham.

In fact, no player in the Premier League makes more interceptions per 90 minutes than him.

This helps him to pick up a lot of loose balls in central areas.

Statistically, he also makes the fourth-most ball recoveries of any outfield player in the division, matching the exploits of Declan Rice and Ruben Neves.

Given he can struggle on the turn as a full-back or caught short of pace in central defence, the role of an all-action midfield dynamo seems to suit Chambers best.

Not just a ball-winner

While it is Chambers’ main job to win the ball back for his side, he brings an array of additional skills.

Excellent at switching the ball wide to Fulham’s wing-backs, he is a natural "quarterback" in central areas.

This penchant for longer passes towards the flanks has affected his passing accuracy, which is only 75.2 per cent, but it remains a real positive for the team.

One by-product of this positional switch is Chambers' desire to score goals.

He recently found the net for the first time in a Fulham shirt, at home to Brighton & Hove Albion, with a superb strike from outside the penalty area.

It was a goal that had been coming. Across his last 10 starts for Fulham, Chambers has had 19 shots, many of them struck ambitiously from distance.

His main task at home to Manchester United will be to screen a vulnerable three-man defence, but do not be surprised if he also makes a vital contribution with the ball.

Chambers’ stock is definitely on the rise, which is good news for Fulham and Arsenal fans alike.

Part 2: Liverpool must be wary of AFC Bournemouth's set-piece tricks