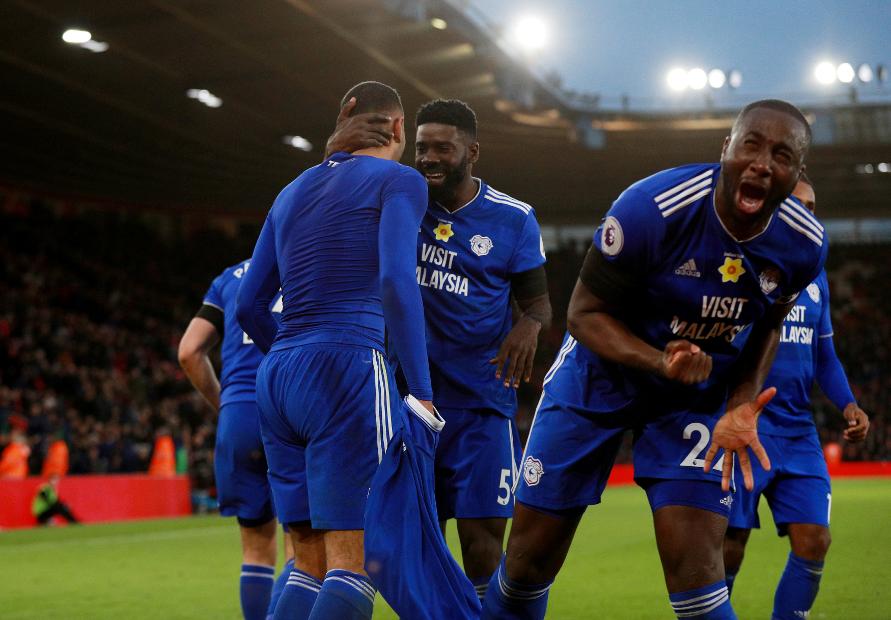 Kenneth Zohore's stoppage-time winner earned Cardiff City a dramatic 2-1 victory at Southampton that moved them out of the relegation zone.

Pierre-Emile Hojbjerg and Nathan Redmond had chances for the hosts while Aron Gunnarsson shot over at the other end in a goalless first half.

In the 69th minute, Sol Bamba put Cardiff ahead from a corner, converting from close range.

Southampton levelled when Jack Stephens turned in Charlie Austin's flick at the far post from a corner in the first minute of added time.

Cardiff rise to 16th on 25 points, moving a point and two places above Southampton.