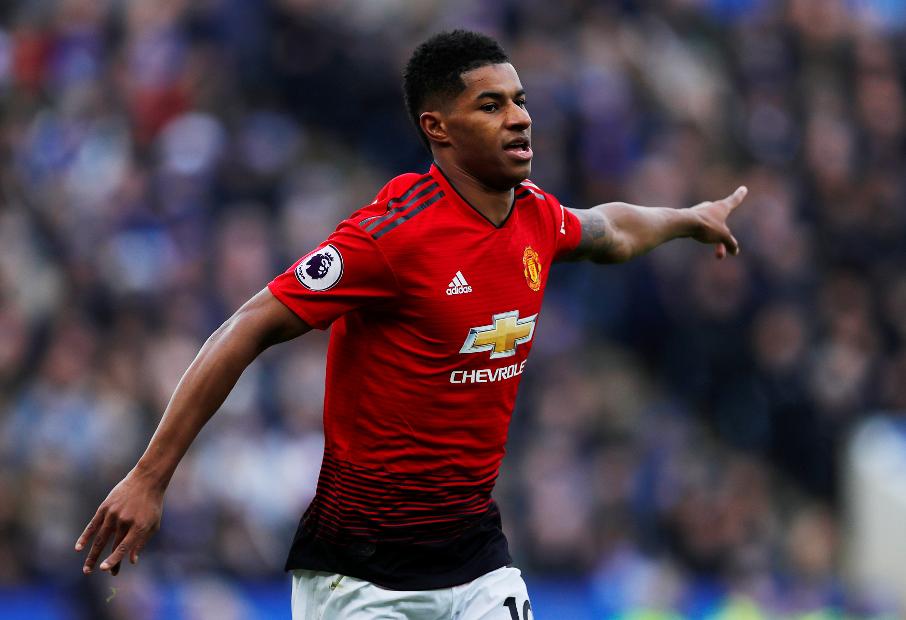 An early goal from Marcus Rashford earned Manchester United a hard-fought 1-0 win at Leicester City to keep up their battle for fourth.

After missing an easy header in the fifth minute Rashford made amends, neatly controlling and finishing Paul Pogba’s chip over the top four minutes later.

Leicester recovered, with James Maddison denied by a block when he looked set to score.

The home side raised the pressure after the break.

David De Gea was forced into action from Jamie Vardy’s overhead kick and Rachid Gezzal’s free-kick, before Vardy shot straight at the goalkeeper in the dying minutes.

A fourth match without a win means Leicester stay 11th on 32 points.

United go above Arsenal into fifth on 48 points, two behind Chelsea.