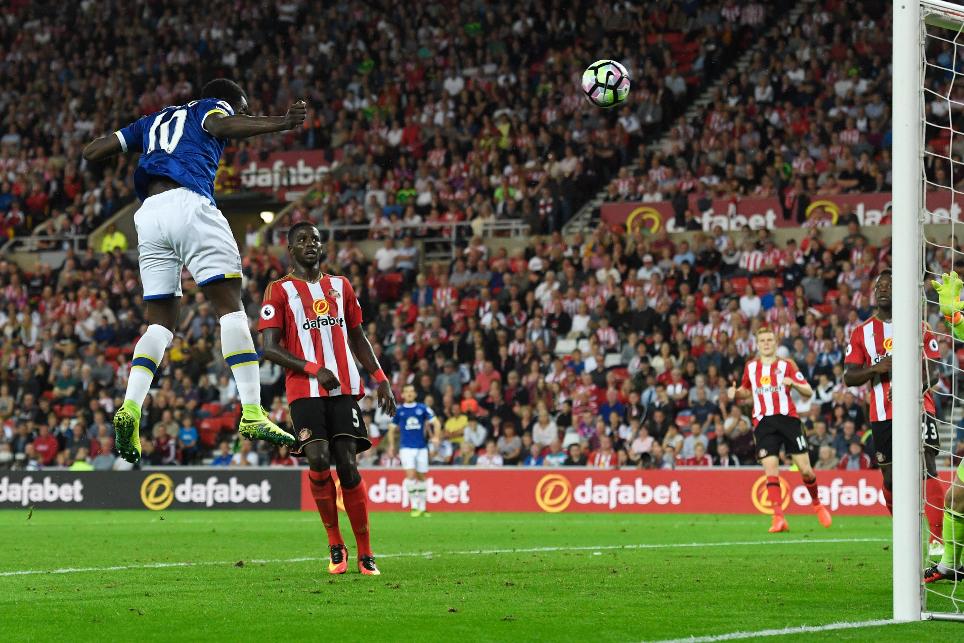 Lukaku "back in business" External Link

Everton beat Sunderland 3-0 at the Stadium of Light and dominated the Fantasy Premier League points, with hat-trick hero Romelu Lukaku (£9.1million) serving up a score of 74 in the Bonus Points System (BPS).

After Lukaku's three bonus points, Leighton Baines (£5.5m) claimed two, scoring 38 in the BPS – the highest total of any defender in the Gameweek.

The Toffees left-back registered four successful tackles and nine recoveries to help his side to a second clean sheet of the campaign; Baines also completed 93% of 65 attempted passes, creating two chances for team-mates.

Yannick Bolasie (£6.0m) collected a single bonus point, with 29 in the BPS. The winger supplied an assist, supplementing this with three completed open-play crosses, four successful dribbles and a trio of recoveries.

Unsurprisingly, Lukaku was the runaway leader in the ICT Index for Gameweek 4 with a score of 25.3.

The Belgian broke his scoring drought in sensational style, firing eight attempts from inside the Black Cats’ box and six shots on target on his way to a three-goal haul.

Bolasie was runner-up in the Index, though he took top spot for Creativity, scoring 65, courtesy of five key passes and an assist. The summer signing from Crystal Palace also registered two attempts on target.

Lukaku was found in less than 10% of FPL squads heading into Gameweek 4, with just 2% of FPL managers having the foresight to captain the Belgian.

The 17-point haul has already prompted more than 48,000 Fantasy Premier League managers to move to acquire him in the last 24 hours.

Everton clearly have momentum under Ronald Koeman and with Middlesbrough and Crystal Palace next at Goodison Park, together with a trip to AFC Bournemouth in Gameweek 6, Lukaku has the fixtures and, crucially, the form to deliver further returns.

Koeman’s decision to haul off Ross Barkley (£7.7m) at the break, replacing the playmaker with Gerard Deulofeu (£6.3m), will be a major concern to the Englishman's owners.

Found in more than 18% of FPL squads, Barkley has been shown the door by 30,000+ managers since Saturday’s deadline, with more than 20,000 sales made overnight.

The return of regular right-back Seamus Coleman (£5.4m) saw Mason Holgate (£4.6m) drop to the bench, ending the 19-year-old's run of three successive starts; Holgate’s minutes would seem limited from this point on.

For Sunderland, Jordan Pickford (£4.0m) continued in goal and has now made six saves in each of his first two Premier League outings, earning him four points.

Given Monday's result, David Moyes may now look to fast-track ball-winning midfielder Didier Ndong (£5.0m) into his starting XI for the weekend trip to Tottenham Hotspur after the club-record signing made his debut off the bench against the Toffees.