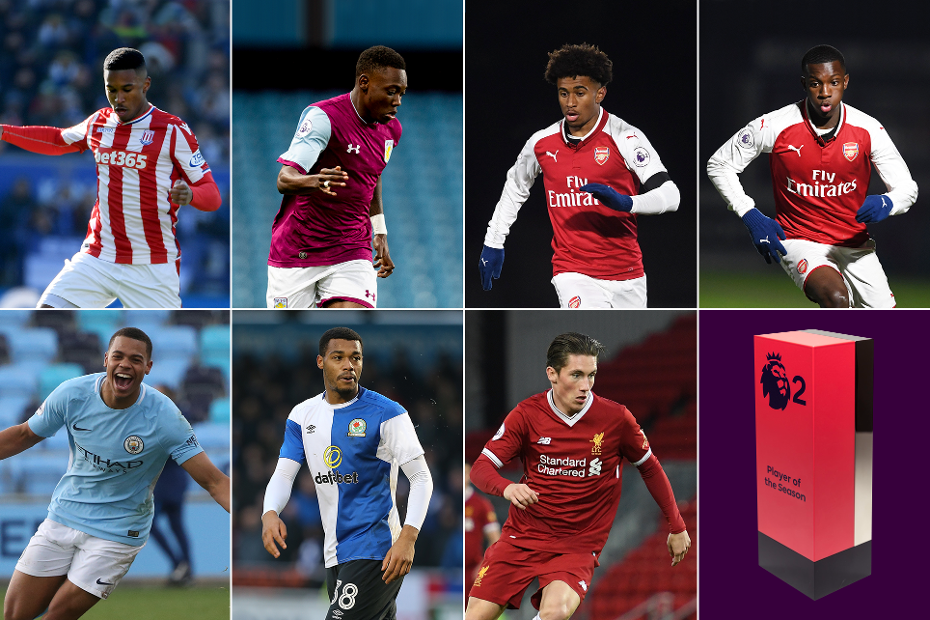 Seven players have been nominated for the Premier League 2 Player of the Season award.

The 19-year-old forward enjoyed a fantastic campaign as Aston Villa challenged on two fronts. He scored 13 times, including a brace to send his club to the Division 2 play-off final, days before Villa lifted the Premier League Cup.

The 18-year-old midfielder helped Arsenal become PL2 Division 1 champions. In scoring 10 goals in all competitions, Nelson also helped Arsenal reach the final of the PL International Cup. He also made his first three Premier League appearances for the seniors.

Twelve of the striker's 14 goals came in Arsenal's title-winning Division 1 campaign, including a brace in the 3-1 win over West Ham United that confirmed them as champions. His form earned him three substitute appearances in the Premier League.

Nmecha ended the season with a double against Tottenham Hotspur as Manchester City finished sixth in Division 1. The 19-year-old striker hit 15 league goals in total. He was rewarded with two substitute appearances for Pep Guardiola's PL champions.

Nuttall scored 22 goals in all competitions, including five for Blackburn Rovers' senior side. He was integral as Rovers earned promotion as champions to Division 1.

Wilson set PL2 alight as Liverpool set the pace in Division 1 with 10 wins from their first 12 matches. He joined Hull City on loan and scored seven goals to help them avoid relegation from the Championship.

The list was selected by a panel of the Premier League Football Development Department.

The winner will be announced on Thursday, 17 May.