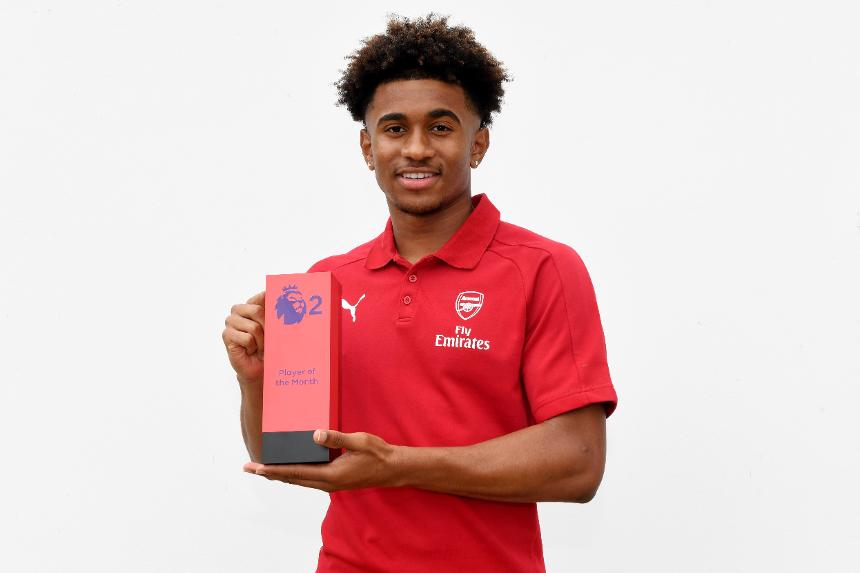 Reiss Nelson has been named the Premier League 2 Player of the Month for August.

The 17-year-old is the first winner of the award in 2017/18 after a stunning start to the season with Arsenal.

Nelson, an attacking midfielder, scored five goals in three matches after a pre-season in which he regularly featured for Arsene Wenger’s senior side.

His efforts included doubles in wins over Derby County and Manchester City, as well as one versus Liverpool as Arsenal climbed to third in the PL2 Division 1 table.

The shortlist and winner was selected by a panel of the Premier League Football Development Department after PL2 club managers had nominated the best individual performance from each of their opponents during the month.