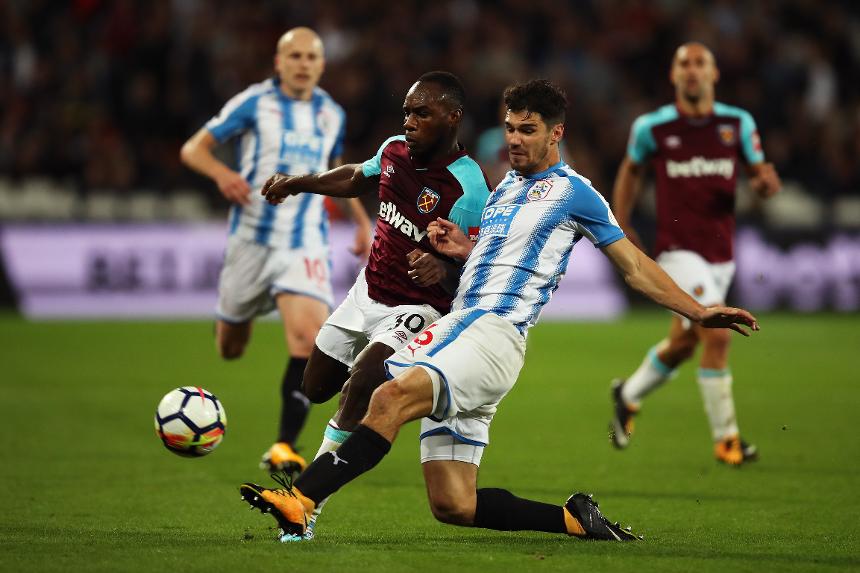 Update on the Town players on international duty External Link
Relegation: The fight for safety in focus
How Shelvey can help Newcastle hit their target

Adrian Clarke looks at six players who could be instrumental to their side's hopes of staying in the Premier League.

Huddersfield Town face a testing few weeks as all of their remaining seven fixtures are against teams in the top 13 places, including a trio of top-six sides.

A series of stern defensive examinations lie ahead but in Schindler the Terriers have a highly dependable centre-back who is having an outstanding debut season in the Premier League.

Schindler had to forge a relationship with a new partner, Zanka, while simultaneously coping with the rigours of PL football for the first time.

Yet he has overcome both challenges brilliantly, firmly establishing himself as David Wagner's commander at the back and indeed one of the best all-round defenders in the league.

Schindler successfully blends aggression, aerial prowess and clever positioning. He has won more 50-50 duels than any other defender this term.

The 27-year-old makes up for a lack of pace by stepping in front of strikers to pinch the ball, or dropping off to anticipate passes played in behind. The only PL player to make more interceptions is Zanka.

Ten months ago it was Schindler's calm penalty in the shoot-out that sent Huddersfield Town into the Premier League for the first time, at the end of a dramatic play-off final.

Now, over the next seven matches, his manager will be relying on his expert defending to keep them there.