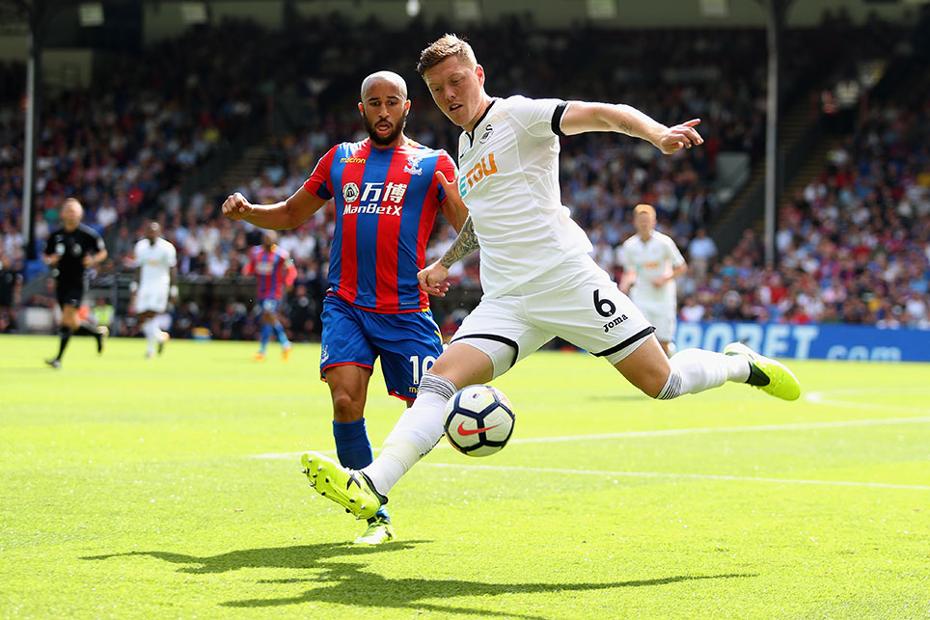 It may be his first full season as a Premier League player, but Mawson has already become a key part of Swansea City’s defence.

The 24-year-old, who has played at every level of the game from the National League South to the top flight in the space of the past six years, is Carlos Carvalhal’s most dominant and reliable centre-back.

Thriving on the left side of a three-man rearguard under the head coach, Mawson’s form has improved throughout the season.

He has shown great composure and determination and been integral to the Welsh side’s impressive late-season revival.

Mawson’s aerial prowess in both penalty areas is a huge asset for the Swans.

He attacks corners and free-kicks with distinction, scoring six PL goals since joining the club in 2016, two this season.

At the other end of the pitch he has used his astute positional sense to head balls clear of danger.

Mawson also shows great restraint. He does not dive into tackles but prefers to stay on his feet. Indeed, he has made only 22 tackles all season.

He finds other ways to repel danger, which explains why his foul count stands at just 12.

Adept at stepping in front of strikers to regain possession, the former Barnsley man blends aggression and intelligence.

He is not the quickest defender around, which is why playing in a three-man unit suits him well, but in terms of composure on and off the ball he is the shining light for Carvalhal’s side.

To get the points and clean sheets they need to preserve their Premier League status, Swansea will have to demonstrate character and resilience.

The ever-present Mawson has those qualities in abundance.

Part 1: Tadic creativity key to Saints' destiny
Part 3: Why Milivojevic is central to Palace's hopes
Part 4: Unfamiliar role adds to value of Cresswell
Part 5: How Shelvey can help Newcastle hit their target
Part 6: Schindler has strength for Huddersfield's tests ahead