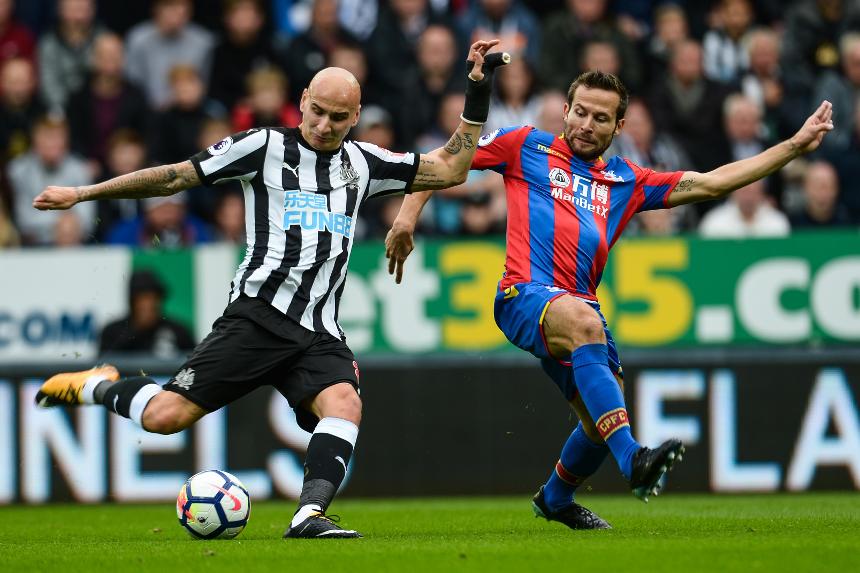 Toon in training: Keeping up the hard work External Link

Shelvey's two assists in his last match against Southampton may have been his first of the season, but his improving form suggests he will be a major influence during Newcastle United's run-in.

It suits Shelvey, who was outstanding in the 3-0 home win over Saints, to have fast players in front of him.

The 26-year-old loves to try long-range passes behind defenders, so he needs willing runners.

A remarkable 25 per cent of his passes are classified as "long", setting him apart from midfield colleagues Isaac Hayden (six per cent), Mohamed Diame (nine per cent) and Mikel Merino (11 per cent).

Dwight Gayle’s return to the side, combined with the emergence of loanee Kenedy, has given Shelvey two more fast players to aim for, in addition to Christian Atsu, and that has increased his impact.

No one else in Rafael Benitez’s side can deliver pinpoint passes or crosses from distance like Shelvey.

He can be frustrating, losing possession frequently as he ignores the easy option and attempts something more ambitious, but his ability to split defences is second to none at St James’ Park.

Shelvey is ranked second behind Matt Ritchie for chances created at Newcastle this season, having produced 27 key passes in 17 starts, but he can improve upon that ratio.

He could also chip in with more goals as he is yet to score in 2017/18. And, boasting a 32 per cent accuracy rate from crosses, he should try to bend more balls into the box from wide areas, too.

He is a fabulous crosser but has delivered just 19 from open play this term.

Shelvey is a man in form and having a game-changer of his talent improves Newcastle’s prospects of preserving their top-flight status.