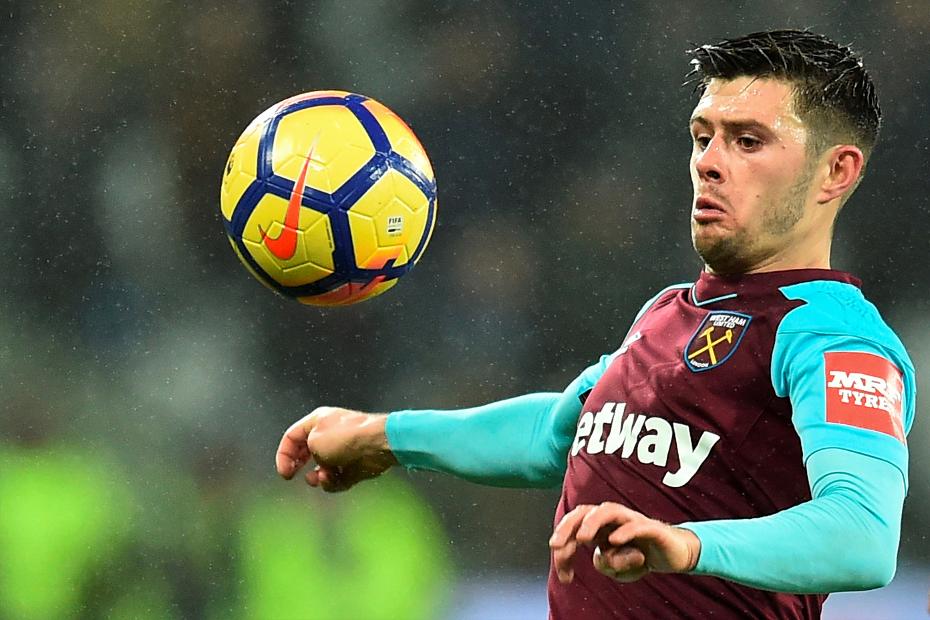 Being played out of position has made Aaron Cresswell even more important for West Ham United.

He is nominally a left-back, but has been asked to play in an unfamiliar centre-back role for much of the season. In so doing he has brought balance to the three-man defence.

Cresswell's ability to move wide and act as a full-back when required has allowed David Moyes to field a more adventurous left-sided wing-back in front.

In a team who have struggled for creativity and goals, that has been important.

As a confident passer of the ball, Cresswell will constantly feed the players in front of him rather than play hopeful long passes or look inside.

In his last match against Burnley, 64 per cent of Cresswell’s passes went to wing-back Michail Antonio (19 passes received) or to playmaker Manuel Lanzini (13).

Just 18 of his 50 passes went to other team-mates.

Cresswell is comfortable as a wing-back, too, and his left foot represents a danger in the final third.

Across the Premier League Cresswell's 47 long-range crosses are second only to Leicester City’s Marc Albrighton for the most over 18 yards.

Additionally, no one at West Ham has produced more accurate crosses that were not corner-kicks.

The 28-year-old is one of the main set piece-takers, too. Four of his six assists have come from corners or free-kicks, while 20 of his 32 key passes have been from dead-ball situations.

Cresswell’s quality from set-plays will continue to be an asset during the run-in. Going forward and defensively, his adaptability will be vital to West Ham's battle to stay in the division.