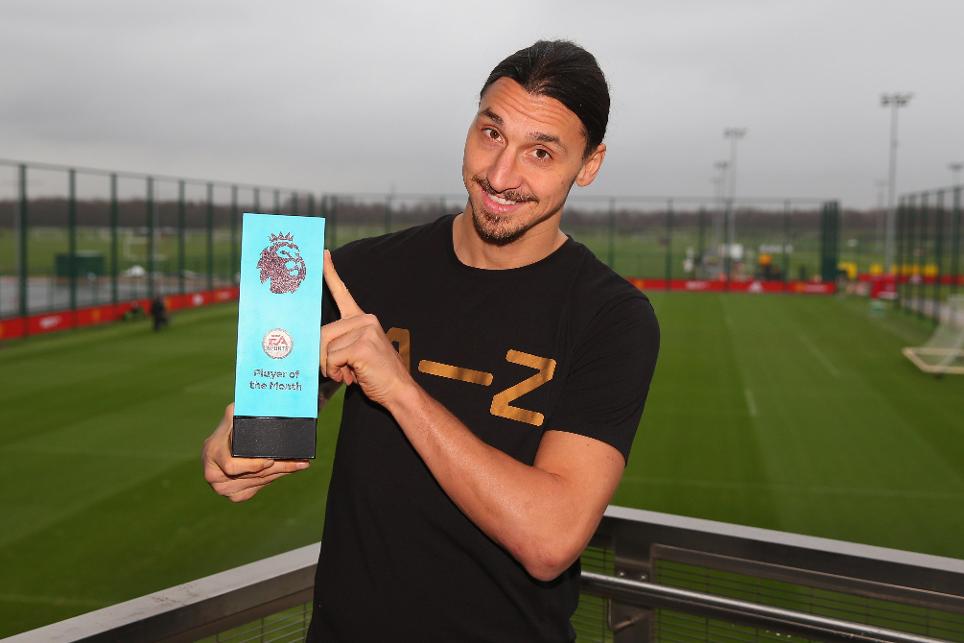 Ibrahimovic: I am Zlatan the Conqueror External Link

Zlatan Ibrahimovic has claimed the EA SPORTS Player of the Month award for December.

No player scored more than the forward's five goals in December as he took his Premier League tally to 12 by the end of 2016 and helped Manchester United to five victories in the month.

The 35-year-old ushered the month in with a flicked lob at Goodison Park before claiming the late winner at Crystal Palace, scoring twice against West Bromwich Albion and once at home to Sunderland.

Ibrahimovic's first strike at The Hawthorns was nominated for Carling Goal of the Month, while he provided the assist for Henrikh Mkhitaryan's goal against Sunderland which won the award.

"I am playing in a great team with great team-mates, a great coach and at a great club," he said.

Ibrahimovic will be hoping to add to his tally when Manchester United host Liverpool at Old Trafford on Sunday at 4pm GMT.