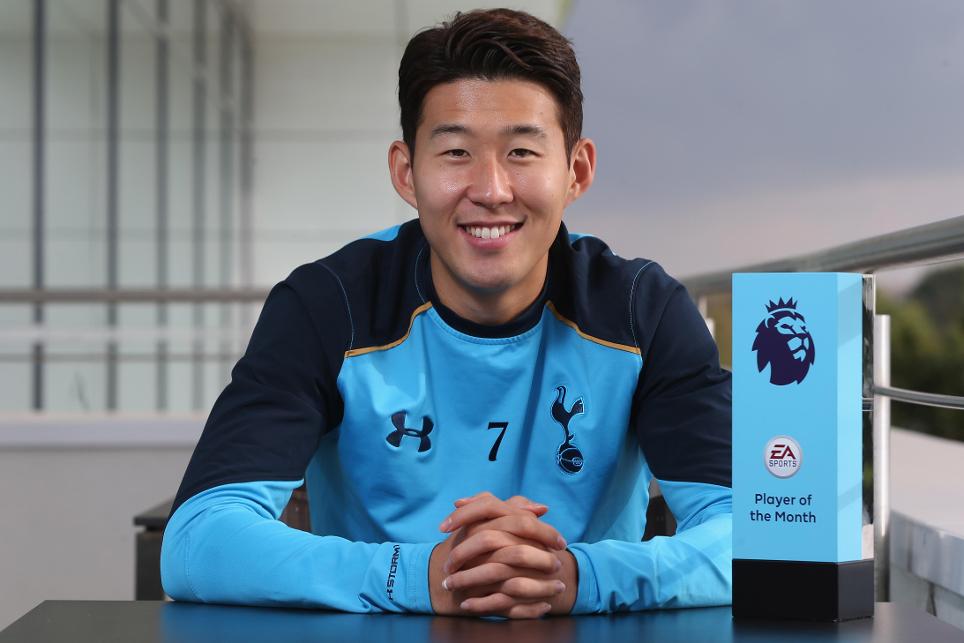 Son Heung-min has become the first Asian recipient of the EA SPORTS Player of the Month award after winning September's prize.

The South Korea international enjoyed an inspired run of form for Tottenham Hotspur last month, scoring four goals and providing an assist as they won all three matches in September.

"This is my dream, to get the award," Son said. "I want to get it a second time, a third time. When I take the award home my family will be crazy like you can't believe; they will be really happy."

The midfielder scored twice in a 4-0 win at Stoke City to start the month, with his second nominated for the Carling Goal of the Month award.

He then helped Spurs to a 1-0 win over Sunderland and scored twice again as Mauricio Pochettino's men claimed a 2-1 victory at Middlesbrough.

On being the first Asian player to win the accolade, Son said: "Many players deserved it. Ji Sung-Park had great seasons.

"I can't believe I'm the first player from Asia [to win it]. I'm very thankful for the support. They support every day, every weekend, every game."

Son claimed the award after votes from a panel of experts, Premier League captains and the public were combined (see: How the awards work).

A Sonny September for the @PremierLeague Player of the Month... ☀️ #COYS pic.twitter.com/jxJFKCI7la