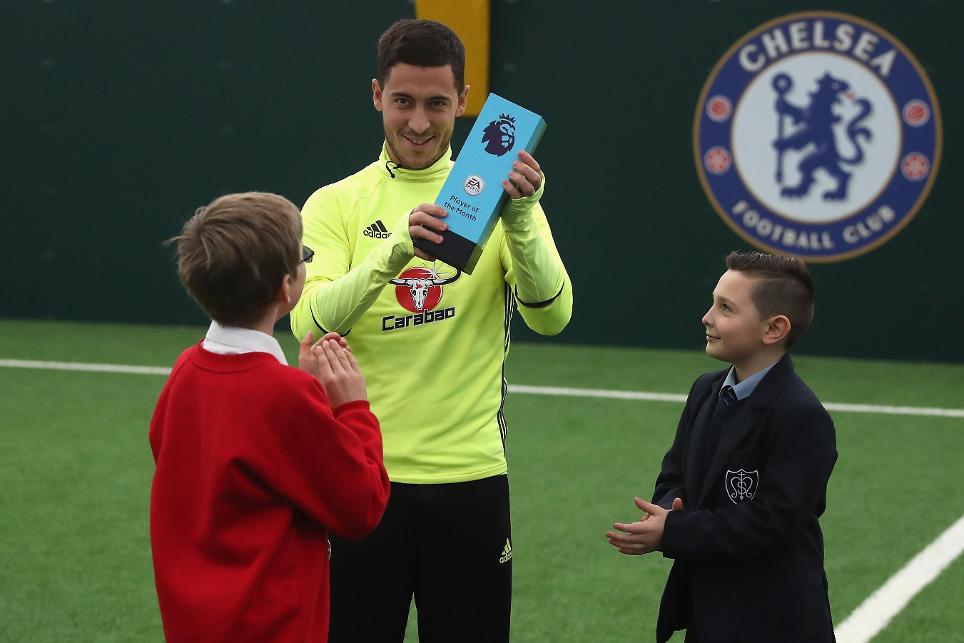 Eden Hazard has won the EA SPORTS Player of the Month award for October.

This is the first time Hazard has claimed the monthly award and the 17th time for a Chelsea player.

He continued his great start to the season in October with three goals and an assist. He created seven chances for team-mates and completed 17 dribbles.

"Thank you for voting for me, see you next month for the same award," Hazard said. "It's good, but at the end the most important is to win the season.

"Without my team-mates I am nothing. We did well this month and I hope we can continue like this."

Hazard attributed his improved form to a more single-minded approach in front of goal.

"People said I didn't shoot enough," he said. "Now I try to shoot and score every game when I'm on the pitch. Before I was thinking about the last pass to make an assist, now I can do it myself."

The 25-year-old is the fourth Belgian to claim the award after Marouane Fellaini, Jan Vertonghen, Christian Benteke.

Hazard took the award after receiving the most votes from a panel of experts, Premier League captains and the public were combined.

See: Past winners | How the awards work