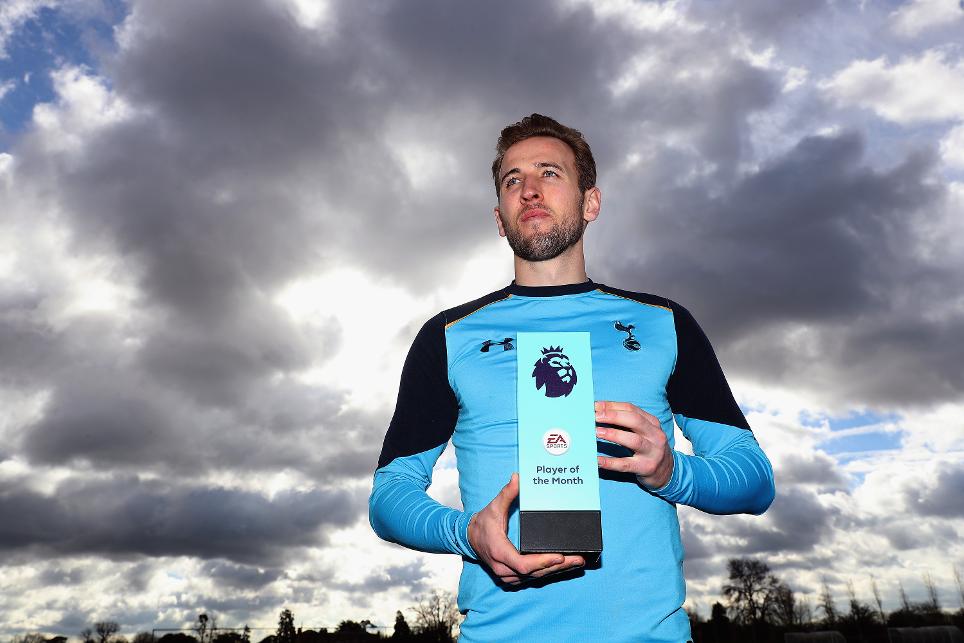 Kane on latest award: 'It's about my team-mates' External Link
Guardiola named Barclays Manager of the Month
Hazard voted Carling Goal of the Month winner

Harry Kane has been named the EA SPORTS Player of the Month for February after a superb run of goalscoring form.

The striker received the award after netting four goals in three Premier League matches and is the second Tottenham Hotspur player to claim it in as many months after Dele Alli in January.

Starting with a penalty in a 1-0 victory over Middlesbrough on 4 February, the 23-year-old finished the month with a quickfire hat-trick in a 4-0 home win over Stoke City.

"It's a great honour," he said after receiving the award for the fourth time in his career. "I'm in good form at the minute, I feel confident going into every match."

The 23-year-old received the most votes combined of a panel of experts, Premier League captains and fans.

See: Past winners of EA SPORTS Player of the Month