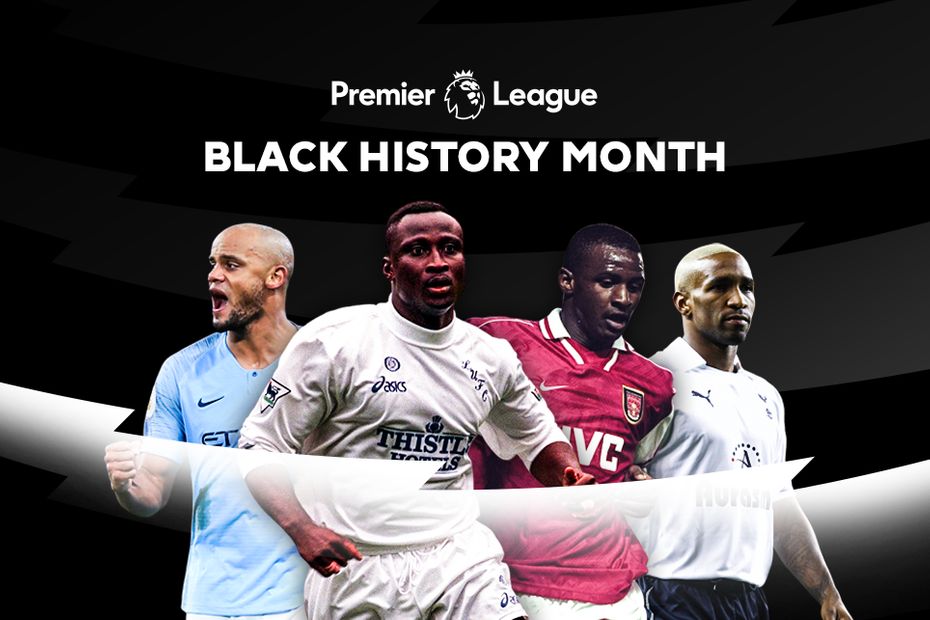 October marks Black History Month in the United Kingdom, and the Premier League and our clubs will celebrate the contribution that players of African and Caribbean descent have made throughout our history during the month.

Diversity on and off the pitch has been a huge part of the Premier League story over the last 30 seasons and we will reflect this in a number of ways throughout the month. Across our global social channels, there will be a daily focus on iconic black players who have starred in the League.

Thierry Henry was the complete striker, who won two titles, two Player of the Seasons and four Golden Boots with @Arsenal 💫

We're celebrating black players from around the world who've starred in the #PL as part of #BlackHistoryMonth pic.twitter.com/kKpr0iSuIo

The Premier League has also commissioned artists to create bespoke illustrations inspired by the stars they have seen on the pitch.

These will be published across our channels throughout the month, along with the work of individual clubs as they celebrate Black History Month in a variety of ways.

This builds on the previous celebration of iconic black players in the Premier League.

As part of our No Room For Racism Action Plan, the League is working hard to increase pathways for black, Asian and mixed-heritage coaches through initiatives such as the Professional Player to Coach Scheme and the Coach Inclusion and Diversity Scheme.

During October, we will be talking to participants on these schemes to hear more about what they have achieved and how their journeys will help others.

A range of No Room For Racism content featuring current and former players will explore key themes, including the importance of allyship and education.

We will also highlight the action that the League and clubs are taking to tackle abuse and will continue to urge fans to challenge and report all forms of discrimination, emphasising the message to a global audience that racism has no place in football or society.

We are proud to continue using the power of the Premier League and football to help children learn about black history, diversity and inclusion. This year, current Premier League players from a number of clubs will be visiting classrooms to speak with schoolchildren as they take part in No Room For Racism-themed activity.

As part of the Premier League Primary Stars programme, teachers in primary schools have free resources to use football as a way of encouraging their students to talk about diversity and "celebrate Black History Heroes".

One such resource is the Premier League Primary Stars "Draw Together Challenge", in which more than 2,000 schoolchildren have taken part, drawing or painting a picture on the theme of allyship.

CBeebies presenter Ben Cajee showcased some of his favourite artwork by schoolchildren last year and this challenge is set to be another popular way where teachers can promote the topics of equality, diversity and inclusion, as well as tackling discrimination.