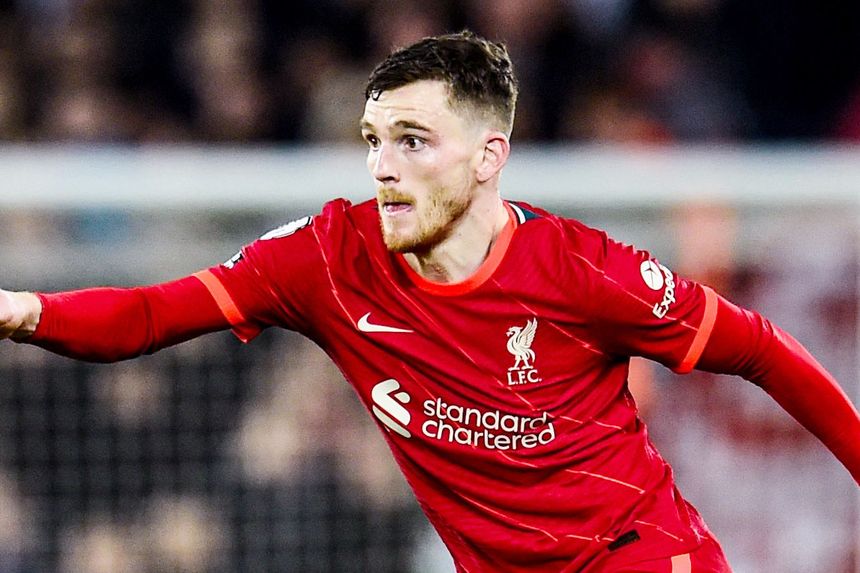 The Liverpool left-back equalled his season-high score of 12 points, also collecting a clean sheet and three bonus points in the 3-0 win.

Enjoy every angle of @Alex_OxChambo’s emphatic header against Brentford, presented by @Sonos! pic.twitter.com/7kqBRU7JWQ

Robertson has blanked just once in his last seven appearances, yet is owned by under 3.0 per cent of managers.

The Scot has amassed 55 points over that period, delivering one goal, five assists, four clean sheets and 10 bonus points.

By contrast, he earned only 26 points in his previous eight outings in 2021/22, managing just one assist, three clean sheets and one bonus point.

The Reds' upcoming schedule offers further encouragement for Robertson's prospects at both ends of the pitch.

According to the Fixture Difficulty Ratings (FDR), each of their next four matches score no more than three.

Robertson's team-mate Trent Alexander-Arnold (£8.4m) showed why he is the most-owned player in Fantasy, the right-back rewarding his 44.3 per cent owners with his 10th assist of 2021/22.

His team-mate Jarrod Bowen (£6.8m) extended his fine run of form with a goal and seven points on Sunday.

Bowen has climbed to second place among midfielders on the back of three goals, five assists and 46 points in his previous five appearances.

However, it is Jack Harrison (£5.5m) who has emerged as the top-performing player of the Gameweek so far.

The Leeds winger scored a hat-trick to serve up his career-high haul of 20 points against David Moyes' men.

Harrison has scored all four of his goals this season in his last two appearances, totalling 29 points.

At a cost of only £5.5m, he could prove strong value in Gameweek 23 as Leeds welcome Newcastle United to Elland Road.