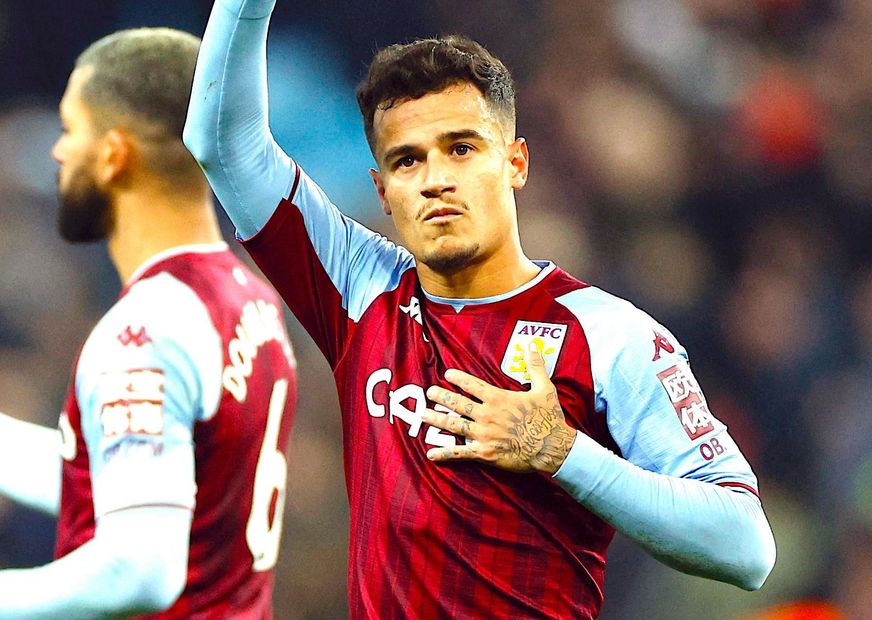 Managers in Fantasy Premier League are rushing to Philippe Coutinho (£7.0m) after a goal for the Brazilian on his Aston Villa debut on Saturday.

Coutinho came off the bench at 2-0 down and inspired Villa to a 2-2 draw against Manchester United, scoring the equalising goal.

He is the most-bought player in the Gameweek, transferred in by more than 155,000 managers ahead of a Gameweek 23 trip to Everton.

And encouragingly for Coutinho and his new owners, four of Villa's next six opponents score only two in the Fixture Difficulty Ratings (FDR).

Another Villa player to consider for that kind run is Jacob Ramsey (£4.6m), who continued his improving form under Steven Gerrard in the 2-2 draw, producing a goal and an assist.

The midfielder earned 12 points, his second double-figure haul in his last four appearances.

Fernandes back in form?

While many instead backed Cristiano Ronaldo (£12.5m), who was the most-selected captain in the Gameweek, it was Fernandes who stole the show with two goals as Ronaldo missed out through injury.

That helped him collect 14 points, his best score in Fantasy since the opening Gameweek of 2021/22.

Fernandes now visits Brentford in the second match of his Double Gameweek on Wednesday.

And Man Utd's schedule thereafter suggests the midfielder can rediscover his top form.

According to the FDR, four of their subsequent five matches from Gameweek 23 onwards score only two.

De Bruyne’s winner took his tally to 47 points in his last six outings, while Cancelo is joint-top in the defender standings, with his 132 points level with Trent Alexander-Arnold (£8.4m).

The league leaders also have a very favourable schedule, with each of their next three matches scoring only two in the FDR.

Sa the No 1 goalkeeper

Wolverhampton Wanderers’ Jose Sa (£5.2m) climbed to the top of the goalkeeper standings due to a defiant display against Southampton.

Allan Saint-Maximin (£6.6m) moved into third place in the forward standings with a goal and nine points in a home draw with Watford.

The Newcastle United star has been involved in nine goals this term, scoring five and assisting a further four.

That makes 2021/22 the most productive season of his Fantasy career. He had produced three goals and five assists in each of his previous two campaigns.