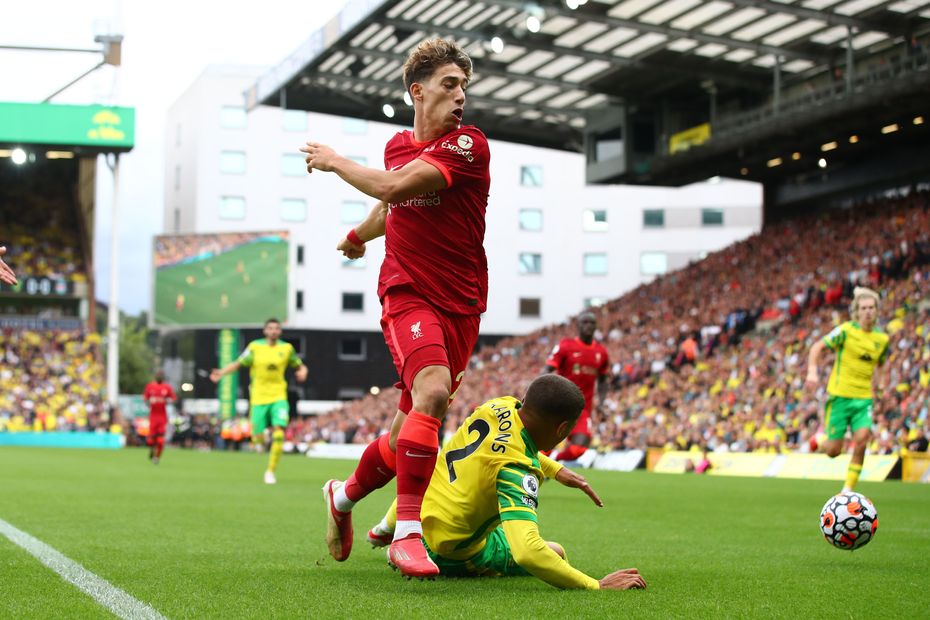 The Scout assesses the prospects of the five £4.0m defenders who started Gameweek 1

GW1 Lessons: Fernandes and Salah to continue as top captains

The popularity of Liverpool's Fantasy Premier League bargain in defence, Konstantinos Tsimikas (£4.1m), has soared over the last week due to an injury to his team-mate Andrew Robertson (£7.0m).

Robertson's deputy at left-back is now owned by a hefty 26 per cent of managers, making him the third most-popular defender in the game.

Tsimikas secured a clean sheet and six points at Norwich City on Saturday.

And as FPL managers continue to transfer him in, he has been among the first players to have a price rise.

With Robertson potentially missing until after the international break, the Greek can bring in more returns at home to Burnley in Gameweek 2.

Tsimikas was among five defenders priced at just £4.0m who started in Gameweek 1.

Brighton & Hove Albion's Shane Duffy had four shots in the penalty area against Burnley, more than any other player in his position in Fantasy.

But, like Tsimikas, both players have benefited from injuries to team-mates and are likely to be no more than short-term picks.

Ki-Jana Hoever and Tino Livramento were the other two sub-£4.5m defenders to start over the weekend.

Hoever featured at right wing-back for Wolves, while Livramento was preferred to Kyle Walker-Peters (£5.0m) at right-back for Southampton against Everton.

If either can retain their roles, they could prove handy replacements for Tsimikas when Robertson returns.

Crucially, both have favourable schedules.