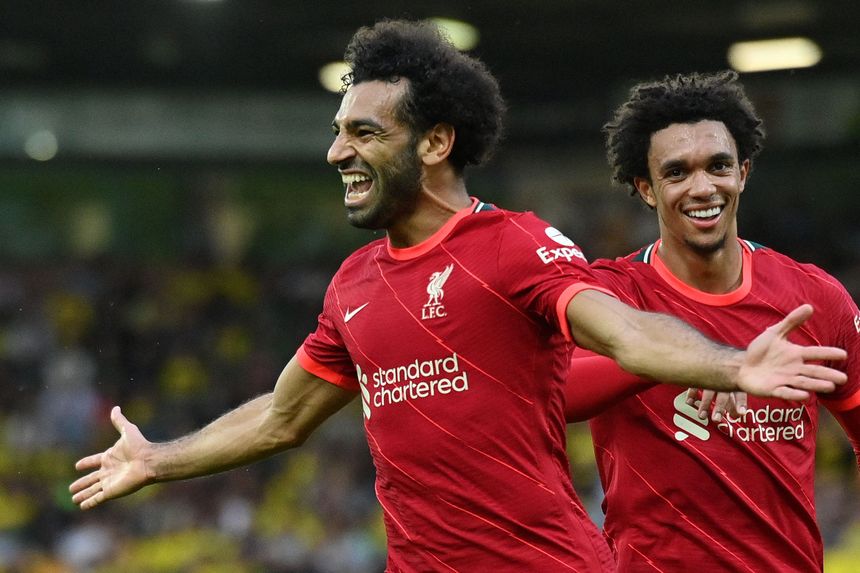 Anything Bruno Fernandes (£12.0m) can do, Mohamed Salah (£12.5m) can do too as the top two captain picks in Gameweek 1 of Fantasy Premier League both delivered for their backers in spectacular fashion.

Salah produced a goal and two assists to register 17 points, including three bonus, in Liverpool's 3-0 win at Norwich City, but even that fell three points shy of Fernandes' tally on Saturday.

Those 20 points for Fernandes, also including three bonus, were the result of the Manchester United midfielder scoring a hat-trick in the 5-1 victory over Leeds United.

The Portuguese was handed the armband by more than 903,000 managers, while Salah was captained by a record 2.6million managers, surpassing his previous high of 2.4m from 2020/21.

Salah confirmed his status as a Gameweek 1 must-have, having returned 68 points in five opening-weekend appearances courtesy of seven goals and four assists.

The same trio were also the most-popular choices last season, a combined 121,835,895 armbands being trusted to them.

But Kane's owners were left disappointed as the forward was not included in Tottenham Hotspur's squad for their opening match at home to Manchester City.

The full-back ended the 2020/21 campaign in good form, creating 50 chances from Gameweek 19 onwards, the second-best tally in the Premier League.

But the England international only returned one point after picking up a yellow card against Leeds.

Salah and Fernandes are the second and third most-owned players.