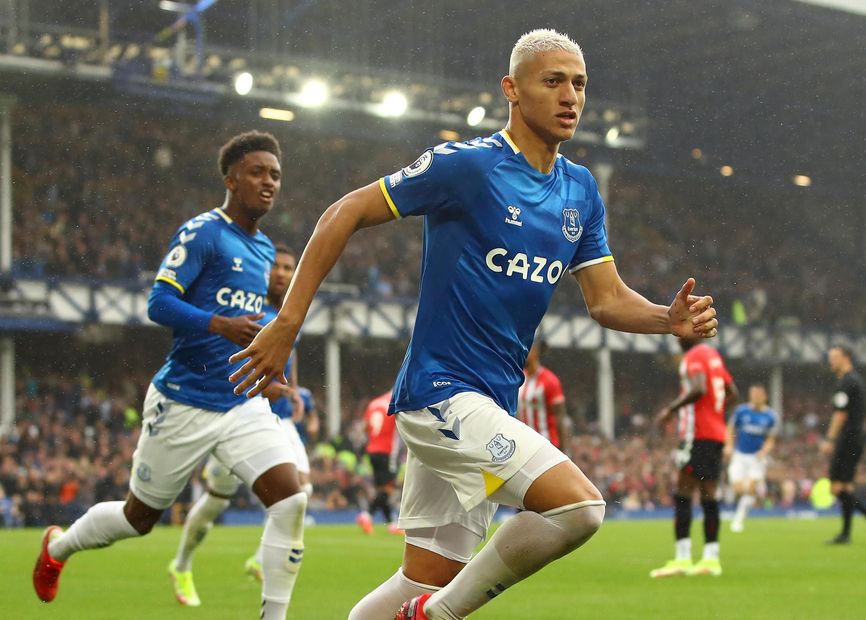 Ole's verdict on the 5-1 triumph over Leeds External Link

A goal and an assist against Southampton have established Richarlison (£7.5m) as a top target for managers in Fantasy Premier League.

The Brazilian made an instant impact in Everton’s first match under Rafa Benitez, claiming 11 points in a 3-1 home win.

More than 84,000 managers have already brought him in for his Gameweek 2 trip to Leeds United, more than any other forward.

Each of their next five matches scores no more than three in the Fixture Difficulty Ratings (FDR).

Watford’s Emmanuel Dennis (£5.0m) was the only other forward to claim a double-figure haul across Saturday’s seven matches.

He produced 12 points thanks to a goal, an assist and three bonus in a 3-2 home win over Aston Villa.

However, managers should be aware that Dennis, who was forced off with a knock, is far from certain to keep his starting role.

Those keen to invest in the Watford attack should instead consider Ismaila Sarr (£6.0m).

He posed a constant threat with his 10 touches in the penalty area, more than any of his team-mates#WATAVL pic.twitter.com/FYMn3Ia6DN

Saturday’s action showed why Mohamed Salah (£12.5m) and Bruno Fernandes (£12.0m) are among the three most-owned players in Fantasy.

Fernandes’ hat-trick against Leeds at earned him 20 points, his best-ever return.

Salah also played a part in three goals in Liverpool's 3-0 win at Norwich City, scoring one and assisting two for a 17-point haul.

The Frenchman is the most-bought player in the Gameweek for Manchester United’s meeting with Southampton, earning more than 157,000 new owners ahead of the Gameweek 2 deadline of 11:00 BST on Saturday 21 August.

In defence, Chelsea pair Marcos Alonso (£5.5m) and Trevoh Chalobah (£5.0m) both scored in a 3-0 home win over Crystal Palace.

The pair combined for 29 points against the Eagles, with Alonso the top performer on 15 points.

Nonetheless, managers should be cautious about bringing in either player, as a number of Chelsea regulars missed out at the weekend.

Leicester City’s Ricardo Pereira (£5.5m) was the third defender to record a double-digit haul on Saturday.

The Portuguese supplied the assist for Jamie Vardy’s goal in a 1-0 home win over Wolverhampton Wanderers, earning 12 points.