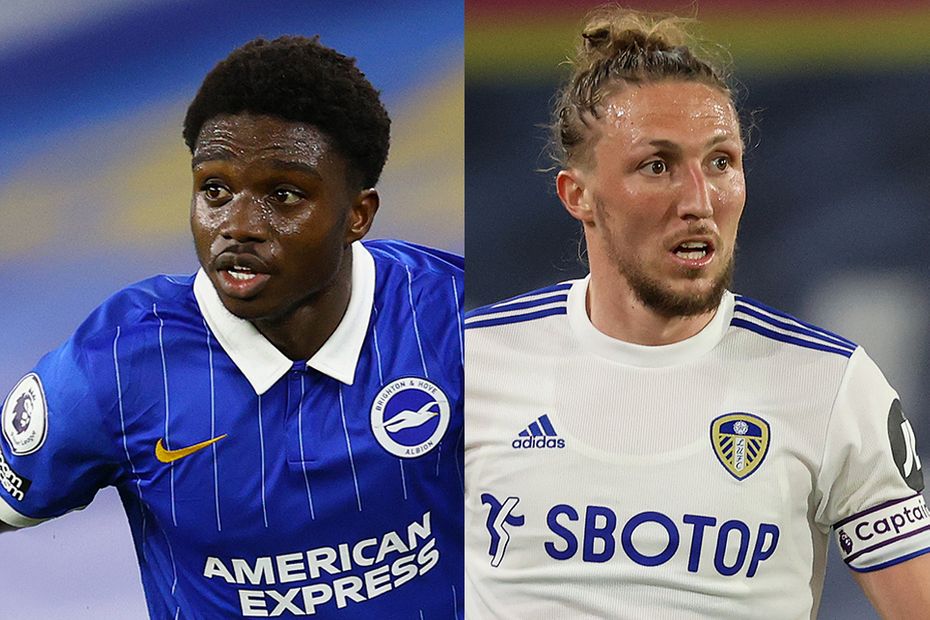 They each kept 12 clean sheets, a total bettered by only four other sides.

Both clubs showed strong defensive form in the second half of 2020/21.

The two sides combine to offer a favourable early run of opponents in 2021/22.

By selecting the side with the stronger fixture each weekend, managers can avoid all of last season’s top-half sides in the first eight Gameweeks.

Indeed, it would not be until Gameweek 16, when Brighton host Tottenham Hotspur and Leeds visit Chelsea, that you would face such an opponent.

Look at Lamptey and Ayling

There are a number of strong double-up options for managers to consider, with Tariq Lamptey and Luke Ayling among the cheapest pairings at just £4.5m apiece.

Brighton wing-back Lamptey started last season in fine form, producing a goal and three assists in 11 matches before being sidelined through injury.

Leeds full-back Ayling, meanwhile, was unfortunate to end the campaign with no goals or assists.

His numbers compared favourably with those of his team-mate Stuart Dallas (£5.5m), who was last season’s top-scoring defender but is now listed as a midfielder in Fantasy.

Ayling produced 27 key passes and 14 shots in the box, while Dallas managed 26 and 19 respectively.

Got cash to spare?

Managers who are prepared to pay more for the Brighton and Leeds pairing could opt for Lewis Dunk (£5.0m) instead of Lamptey.

The centre-back scored five goals last term, while his totals of 26 shots in the box and 14 shots on target both ranked second among defenders.

A Robert Sanchez (£4.5m) and Illan Meslier (£5.0m) partnership is also a strong option for those who like to rotate their goalkeepers.

Sanchez claimed 10 clean sheets in his 27 appearances last term, while Meslier finished as the third top-scoring goalkeeper in 2020/21 on 154 points.

Part 1: Pair up to secure run of home matches
Part 3: Test promoted sides with Targett and Coady
Part 4: Taylor and Sierralta can combine for returns
Part 5: Get Coufal and Fofana to team up
Part 6: Pair Tierney with Pinnock for fast start