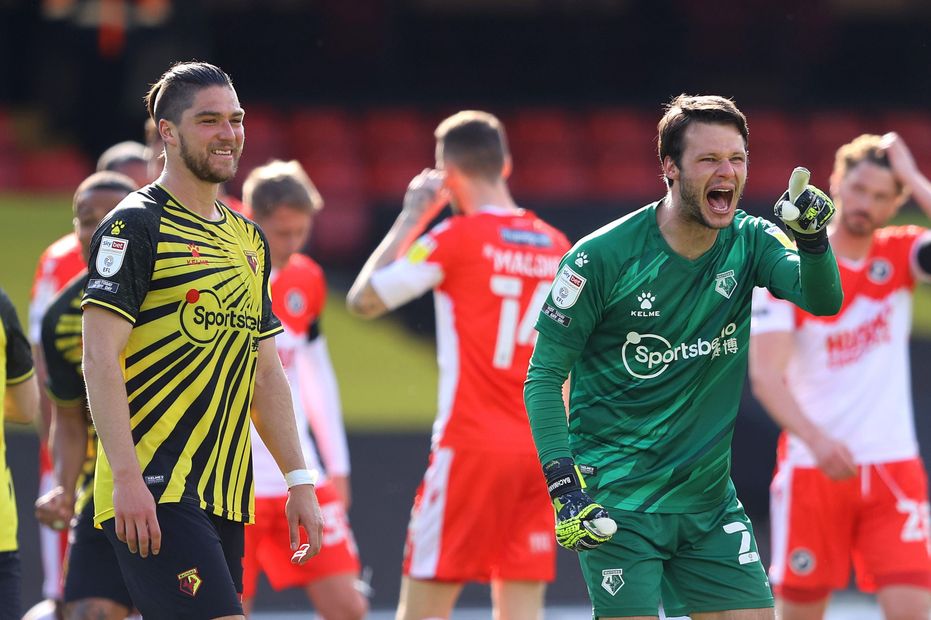 The Hornets return to the Premier League as the Championship runners-up thanks to a series of strong defensive displays.

Their totals of 23 clean sheets and 30 goals conceded were both the best records in the division.

The appointment of Xisco Munoz as Watford head coach midway through 2020/21 helped to transform their prospects.

They conceded only three goals in 13 home matches under the Spaniard, claiming 11 clean sheets.

By comparison, they let in nine goals in 10 home encounters prior to his arrival, keeping out their opponents on only three occasions.

Watford’s defence were less reliable on the road, though, conceding 12 goals in 13 outings for Munoz and recording four clean sheets.

In goal Daniel Bachmann appears to have ousted Ben Foster as Watford’s No 1.

The Austrian made all 23 of his starts under Munoz and was named in the first XI for all but three of the Spaniard’s matches in charge.

However, like Bachmann, Francisco Sierralta emerged as a regular after the appointment of Munoz.

Although he only netted once, the centre-back boasted the greatest goal threat from defence.

Furthermore, his 169 clearances, blocks and interceptions was a team-leading total, despite only playing three minutes across their first 19 matches.

Sierralta’s potential for returns at both ends of the pitch could give him the edge as Watford’s best defender in Fantasy, with save points lifting Bachmann’s appeal as a source of value between the posts.

Pairing them with other budget-friendly players and picking them in favourable home matches looks the best tactic for the campaign ahead.