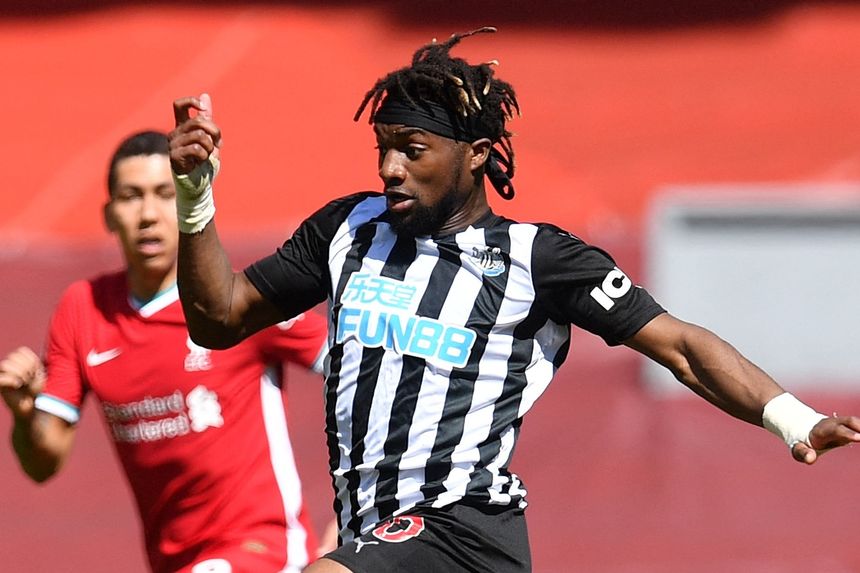 With the likes of Allan Saint-Maximin (£5.1m), Chris Wood (£6.3m) and Matheus Pereira (£5.5m) all delivering over recent Gameweeks, The Scout's panel of experts give their verdicts on who managers should target from clubs aiming to avoid relegation.

Wood was the standout pick of Gameweek 33, however West Bromwich Albion’s Mbaye Diagne (£6.0m) is one who should not be overlooked.

With attacking returns in three of his last four Premier League matches and West Brom needing to score goals to stay in the division, he could prove to be an excellent differential for the run-in.

Burnley look unrecognisable at the moment and Wood has already shown us how good an asset he can be.

I've got an eye on Saint-Maximin as a handy pick, especially with his final two fixtures against Sheffield United and Fulham.

The options from the bottom-six sides are a bit more limited than usual, but Wood and Pereira are the standouts. Both are on spot-kick duties and are likely to be involved whenever their team score.

Wood grabbed the headlines, but don't overlook his partner-in-crime, Matej Vydra (£4.8m). He provides the movement up top that's allowing space for his strike partner. Both are decent options.

I think the bottom three will all go down but Newcastle United may still have some motivation. Callum Wilson (£6.5m) and Saint-Maximin are both back from injuries and will want to finish the season strongly.

They have some tough fixtures still but Saint-Maximin especially is suited to counter-attacking play.

Looking at the schedules, Burnley seem to have the best of the lot still fighting for safety.

With goal-shy Fulham, Sheff Utd and Leeds United still to play, as well as a Liverpool side whose fate may be decided by the penultimate day, I'd back James Tarkowski (£5.3m) or Nick Pope (£5.5m) rather than expect more Wood hat-tricks.

I don't see a lot of great options among the relegation battlers outside of Burnley, because the fixtures look pretty tough.

Pereira is one I would consider. He is in the top five for both chances created and shots on target over the last six Gameweeks.

I have been impressed by Pereira over recent weeks. Although West Brom's hopes of staying up appear increasingly dim, he has been the shining light for them this season and showed some decent form with four goals and two assists in four matches.