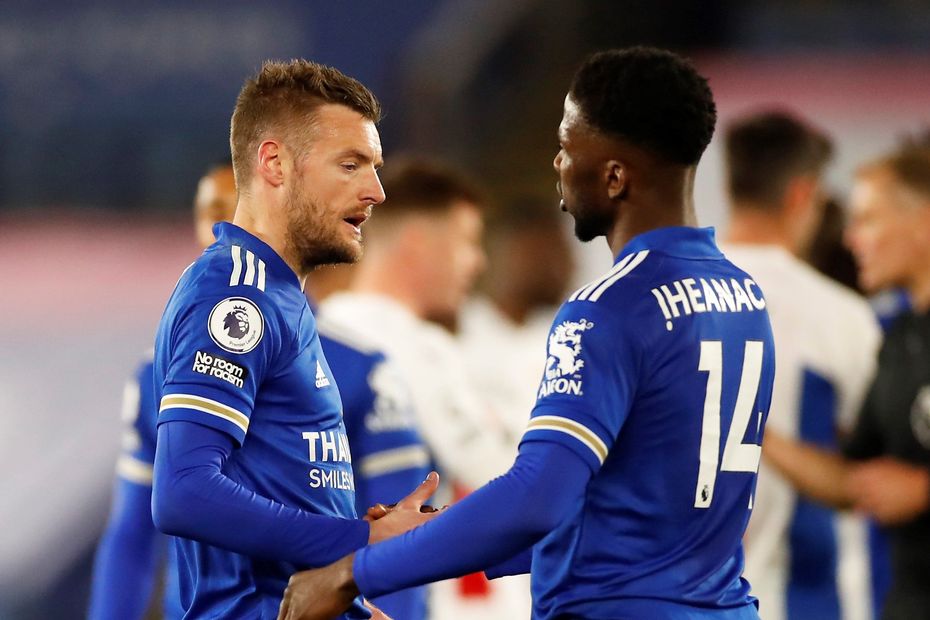 There were contrasting fortunes on Monday for Gameweek 33's two most-popular signings in Fantasy Premier League, with one delivering a double-figure haul and the other blanking.

The decision between the two was a tricky one, especially as Vardy had outscored Iheanacho by 10 points to six in the Foxes' previous match, a 3-0 home win over West Bromwich Albion. However, those who backed a repeat were sorely disappointed.

This time it was Iheanacho who shone, providing a goal and an assist against Palace to rack up 12 points and delight his new owners, while those who opted for Vardy instead were left ruing their decision.

Those who moved for Trent Alexander-Arnold (£7.6m) ahead of Gameweek 33 were also disappointed.

After returning 40 points in his previous four matches, the Liverpool right-back was denied a clean sheet in the final seconds as Newcastle United scored in stoppage time.

Mohamed Salah (£12.6m) was the most-captained player for the 10th time this season, and he rewarded that faith with a goal and two bonus points against Newcastle.

The Egyptian made the perfect start, scoring after only three minutes, but the 1.3million FPL managers who handed him the armband may well feel their captain missed out on a much bigger haul.

Salah's owners will be relieved to see that he was the standout performer among the top captain picks, with Bruno Fernandes (£11.6m) blanking in Manchester United's goalless draw at Leeds United on Sunday.

Harry Kane (£11.8m) was the third-most popular pick despite not having a fixture due to Tottenham Hotspur playing in the EFL Cup final defeat against Manchester City.

Vardy and Iheanacho replaced Kane in the estimation of the leading 100 FPL managers.