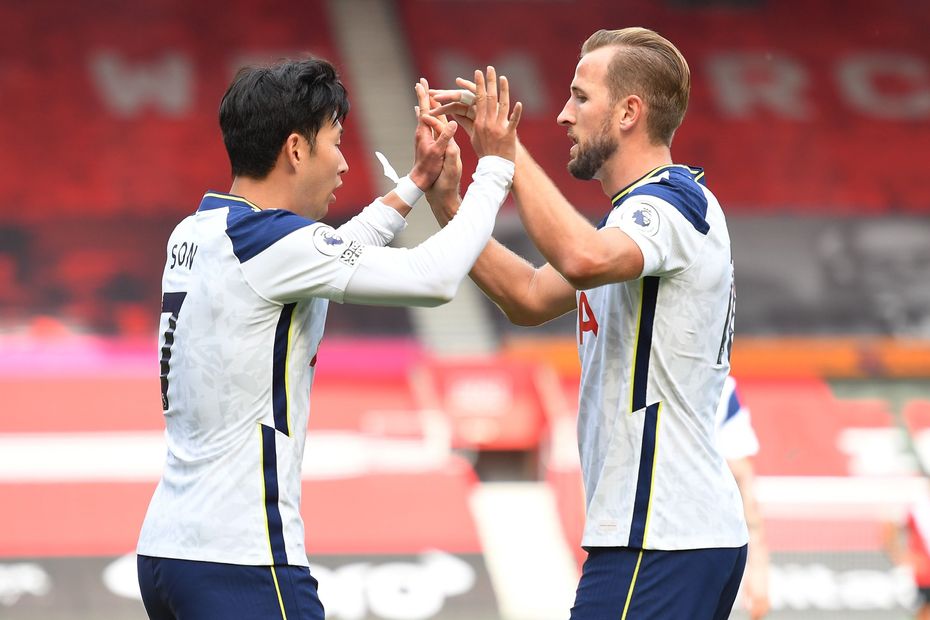 What to do with Kane and Son for Blank Gameweek 33?

The Scout's panel of experts give their verdicts on what to do with Harry Kane (£11.8m) and Son Heung-min (£9.5m) in Fantasy Premier League ahead of Tottenham Hotspur's Blank Gameweek 33.

I dropped Son as part of my Wildcard weeks ago and never saw reason to add him back in. A potential injury to Kane and the departure of Jose Mourinho add enough chaos to Spurs' situation that I'm unlikely to reverse course now.

I'll wait for more news on Kane but I'm inclined to keep him and hope he recovers in time for Spurs' next match in Gameweek 34.

As a Kane and Son owner I'm planning to hold them both on my Wildcard. A game against relegated Sheffield United in Gameweek 34 is too good an opportunity to miss.

If Kane is ruled out beyond Gameweek 34 then I will have to rethink holding him so close to the end of the season but, at this stage, the fixtures are too nice not to keep the Spurs duo through the blank.

If Kane's injury isn't too bad, I'm tempted to hold and bench for Gameweek 33. My gut feel is Spurs will strap him up and get him out there for the EFL Cup final, a game which will give us more insight into whether Kane then plays against Sheff Utd.

Whatever the diagnosis on Kane's ankle, I'll be keeping Son. Nine double-digit hauls this season and up against a battered, bruised and now relegated Sheff Utd is too good an opportunity to miss.

I plan to hold Kane and Son through the Blank Gameweek so that they are available for Sheff Utd. Taking the risk and going without them for that particular game could be punishing.

If Kane is injured for a longer period then I will look perhaps at Richarlison (£7.8m) or Dominic Calvert-Lewin (£7.5m) as options in the forward line.

Everton have a match in hand and a great run of fixtures in the final stretch.

I want Kane and Son for Sheff Utd so will keep them both. If Kane definitely won't play in that game, I'll keep Son but likely sell Kane for Alexandre Lacazette (£8.4m), if he shakes off his own injury, or one of Everton duo Calvert-Lewin or Richarlison should the Toffees’ outstanding match get rescheduled and result in a Double Gameweek.

While Kane and Son are good and highly-owned options, I’m keen to include Mohamed Salah (£12.5m) in my team. The Liverpool winger offers great captaincy potential and has favourable fixtures.

I plan to bring Salah in as a replacement  for Son, doubling up with Diogo Jota (£7.0m) for the Reds’ excellent run-in.

With fixtures against Sheff Utd and Wolverhampton Wanderers to come after Blank Gameweek 33, I'm tempted to keep the Spurs duo, especially with the news of Mourinho’s departure.

There should be some sort of new-manager bounce for Spurs, which means points for FPL managers.

It’s been a while since I played my Wildcard so my squad doesn’t have the depth to carry Kane and Son through their blank. If Kane is ruled out, I will likely sell both of them and then get Kane back when he has recovered.

I’m not keen on owning Son if Kane is injured, because Spurs have been so reliant on Kane’s assists and ball progression this season.