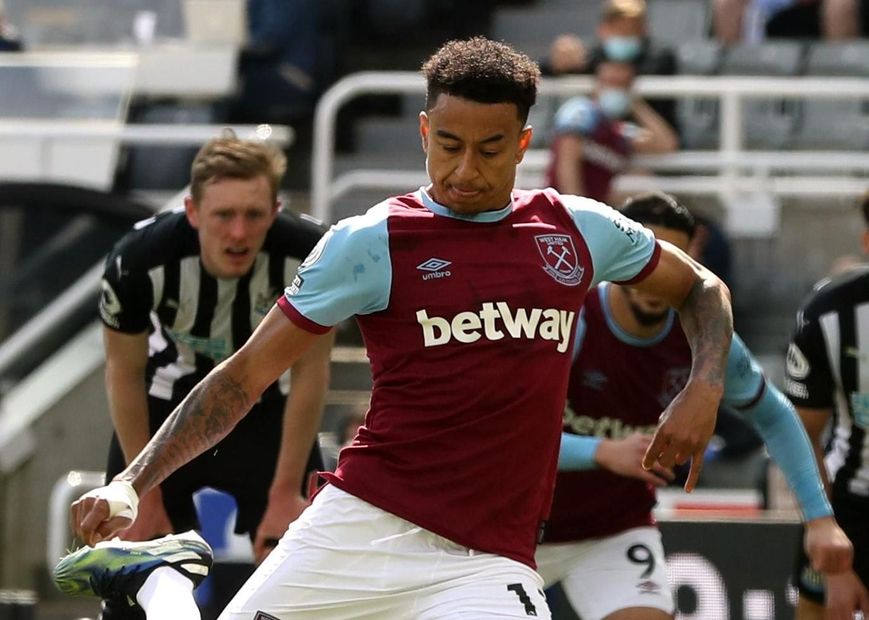 David Moyes: Our lapses cost us, but we showed great character External Link

The midfielder converted a late penalty to score for a fifth consecutive match and reward the 638,000+ managers who transferred him in for Gameweek 32.

He has 13 attacking returns in 10 appearances since joining West Ham on loan, scoring nine goals and assisting four.

Since Gameweek 22, Jesse Lingard (£6.6m) has produced more attacking returns (13) than any other player#FPL #NEWWHU pic.twitter.com/XLTvIK1S2H

Lingard is currently the most-bought player ahead of Friday's 18:30 BST Gameweek 33 deadline, already earning another 30,000+ transfers in.

That has taken his ownership to 29.8 per cent and made him the fourth most-popular midfielder in Fantasy, overtaking Ilkay Gundogan (£5.8m) and only narrowly behind Mohamed Salah (£12.5m).

Lingard's backers will be relieved after West Ham manager David Moyes said he believes Lingard's late withdrawal on Saturday was only because of cramp.

Pair others with Lingard?

Lingard's average of 8.9 points per match is the best in FPL this season and more than double that of any other West Ham player.

But some of his team-mates are also in eye-catching form.

SCOUT: Jarrod Bowen has produced either a goal or assist in each of the last four Gameweeks, returning 31 points

His four big chances in that time is better than any of his team-mates, while his eight shots in the box is joint-top with Jesse Lingard#FPL #NEWWHU pic.twitter.com/IN1geZGABM

An injury to Michail Antonio (£6.5m) has boosted his attacking threat, with Bowen playing in a front two alongside Lingard.

Right-back Vladimir Coufal (£4.6m) has provided an assist in each of the last three Gameweeks.

His total of seven assists ranks third among defenders this term.

Newcastle will assess Allan Saint-Maximin (£5.1m) after he was substituted with an ankle knock.

The Frenchman followed up his double-digit haul in Gameweek 31 by claiming an FPL assist for his side’s first goal on Saturday.

He now has six attacking returns in his last seven appearances.

Wolves defence one of the best

In Saturday's other match, Wolverhampton Wanderers secured back-to-back clean sheets with a 1-0 win over Sheffield United.

Wolves' total of six shutouts from Gameweek 20 onwards is bettered only by Chelsea and Manchester City.

Adama Traore (£6.0m) was directly involved in a goal for the third match running, assisting the winner scored by Willian Jose (£6.8m).

And Wolves' upcoming matches continue to look promising for their key players at both ends of the pitch.

According to the Fixture Difficulty Ratings (FDR), each of their next three matches score no more than three.

In that run they host Burnley and Brighton & Hove Albion either side of a trip to West Bromwich Albion.