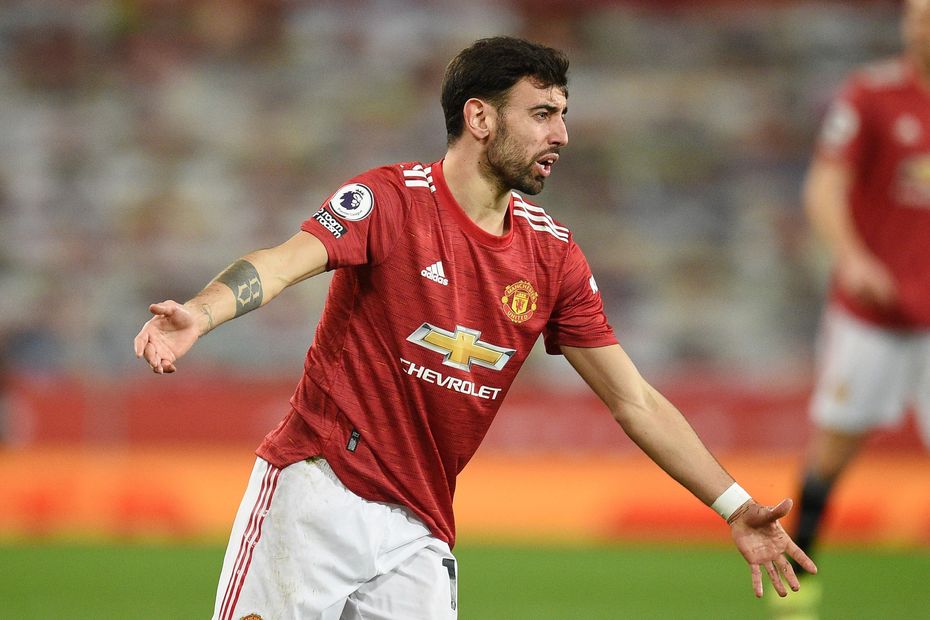 With popular captain pick Bruno Fernandes (£11.6m) blanking in four of his last six matches, The Scout's panel of experts reveal their plans for the Manchester United playmaker and the captain's armband during the run-in in Fantasy Premier League.

With Tottenham Hotspur the only side to play twice in Gameweek 32, Harry Kane (£11.7m) is the obvious armband alternative to Fernandes this time around.

If you are trying to make ground on a mini-league rival and are expecting them to captain Kane, then hot one-gamers Jesse Lingard (£6.5m) and Christian Pulisic (£8.2m) have great match-ups and aren't as penalty-dependent as Fernandes.

Fernandes’s FPL output and underlying numbers have taken a dip. Even though his next two fixtures are against Burnley and Leeds United, there are several good alternative captains for those weeks, like Kane and Mohamed Salah (£12.5m).

After Gameweeks 32 and 33, his next good fixture is at home against Fulham in Gameweek 37, so there can be a case made for getting rid of the Portuguese.

I think Fernandes looks bang average at the moment, but with Burnley and Leeds up next I will be keeping, if not captaining, him for now.

After his performance against West Ham United and with four great fixtures coming up, Kelechi Iheanacho (£5.9m) could be a major armband option as you aren't committing as much funds as you would to his Leicester City team-mate Jamie Vardy (£10.1m).

Fernandes has struggled for form recently and captaincy is always in my thoughts when holding on to high-priced players.

With Spurs’ Double Gameweek 32 and strong schedule, along with Liverpool's fixture list, Fernandes isn't going to be my captain for the foreseeable future. However, I'll keep him for the next two strong matches before reassessing.

When picking a captain I like to play form and fixtures, and Fernandes has been low in my choices of late. Players such as Kane and Lingard have been offering greater value in terms of their position in my squad, as well as in relation to the armband.

Because of his high ownership, selling Fernandes is a worry, but the form of Salah, Diogo Jota (£7.0m), Mason Mount (£7.2m) and Lingard, as well as the Double Gameweek 32 for Son Heung-min (£9.4m), makes the Portuguese an attractive sale option. I am carefully considering moving him out on my Wildcard, especially to bring back Salah for the run-in.